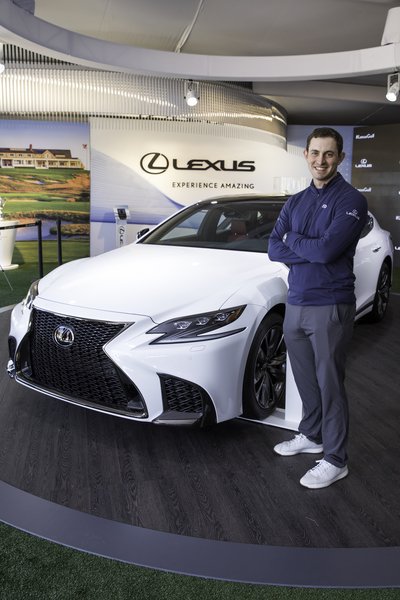 Lexus, the official vehicle of the U.S. Open Championship for the 13th consecutive year, is providing onsite experiences for fans throughout the week.

The Lexus Racing RC F GT3 Driving Simulator will give fans the chance to step into the driver’s seat of an RC F GT3 racecar.

Attendees are also invited to hone their golfing skills with the Lexus Hole-in-One Challenge. The fan that sinks the ball in this simulated replica of the famous par-three 7th hole from the Pebble Beach Golf Links will win a two-year lease on a 2019 Lexus UX, the automaker’s first-ever luxury compact crossover.

For the first time, fans are also invited to take part in the Epic Putt, with the chance to attempt three putts on a Pebble Beach putting green. Those who make the third and final “epic putt” will win a prize and exclusive access to a golf clinic with Lexus Golf Ambassadors.

The activities were created by Team One, Lexus’ agency of record for lifestyle marketing and sponsorships. Team One will produce over 200 events for Lexus in 2019.

Over the course of the Championship, Lexus will provide more than 300 courtesy vehicles to players and officials. And several Lexus vehicles will be displayed throughout the grounds, including the all-new 2020 RX F Sport prototype, ES 300h, LS 500 F Sport and NX 300 F Sport. The LC 500 Inspiration Series and the RC F Track Edition can be viewed in the Lexus Performance Experience tent. Also located within the Epic Putt experience, fans will find a modified Lexus UX with a golf theme.