Winning On A Team Of One 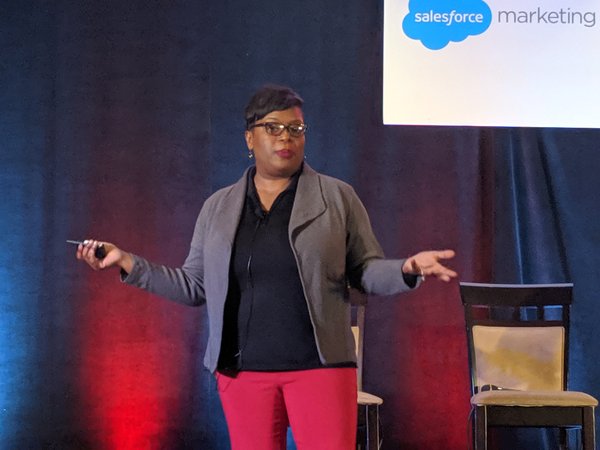 When she found herself a team of one after her co-worker took another job, Charma Parker, Senior Manager-Marketing Innovations at the Atlanta Hawks & State Farm Arena, knew her higher-ups wanted her to be duck-like. Quack! How so? "Calm on top but paddling like hell underneath."

And she was both. Plus, she learned several lessons, which she shared at Wednesday's Email Insider Summit in Pinehurst, North Carolina.

1. Email craziness happens. "You have to adjust," Parker said. "Something happens, always happens, with the Hawks. It kept me on my toes."

2. Learn from your missteps and mistakes. Parker had been cloning versions of an email versus using segments in Marketo. She learned as the season progressed ways to be more efficient.

3. Stay curious. "I never want to be stale in the things that I know. Keep learning."

4. You are not alone. The marketing team flows the same way. The web developer is the only one who knew code. "We are partners."

5. Make smoothies out of low-hanging fruit.

In reviewing the evolution of the basketball team's emails, Parker noted how they started out very copy-heavy and grew to become more graphic-oriented and automated, which led to less work for her. "It went from an hour to create an email to five or ten minutes."

When adding to the email team, she said to look for several things:

1. Complementing skills. Otherwise, there will be no progress.

2. Learn from each other.

3. Identify the skills needed for your business needs.

4. Be open to learn from others in and out of your industry.

Oh, and P.S., Parker is headed to Home Depot, where she will be working with email and CRM.