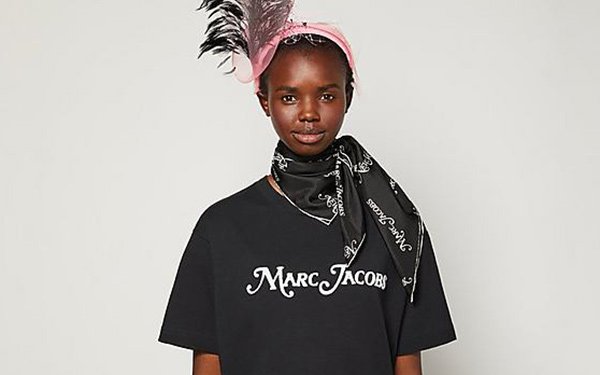 Some of the items, which include sandals, jewelry, bags and apparel, also contain the words “Marc Jacobs” stylized in the magazine's signature logo.

For example, a pair of gold hoop earrings: One reads “New York” and the other “Marc Jacobs,” in the logo first drawn by renowned graphic designer Milton Glaser in 1968. (They’re already sold out online.)

“We saw this as a unique licensing opportunity, as both Marc Jacobs and New York magazine are brands intrinsic to New York,” stated Shyra Smart, New York’s head of business development.

Prices range from $35 socks to $1,295 purses, some of which look like a rolled up New York magazine.

For the past two years, New York has also partnered with OnlyNY, a boutique streetwear brand, for two capsule collections in 2017 and 2018. Magazine covers, illustrations and photos from the magazine’s first decade were printed onto merchandise like hoodies and tote bags.

Bonanos has eBay alerts set for items related to New York. Recently, a New York-branded paperweight sold for $600. He said this “bodes well for the Marc Jacobs collaboration.”