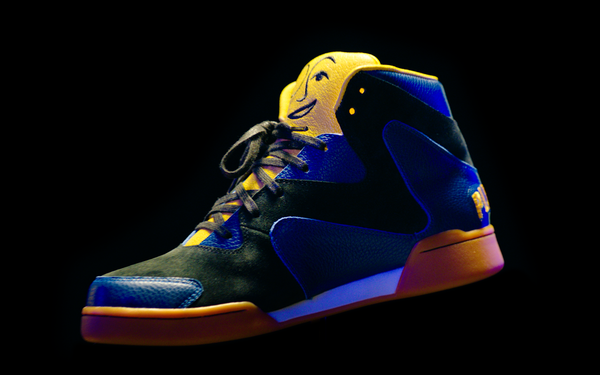 Launched just ahead of the NBA draft, the limited-edition basketball sneakers are made of blue premium leather, with a yellow shoe tongue decorated with the Mr.Peanut visage.

The sneakers were designed by designers and artists Jeff Cole and Seth Fowler and made by Philadelphia-based sneaker manufacturer Rich Franklin,who worked to create a shoe that "Planters fans and basketball fans can go nuts for.”

Each pair of Crunch Force 1s retail for $170 and are available now through Friday, or while supplies last.

The brand is also broadcasting the shoe’s promo video,  done by Vayner Media, in Times Square.