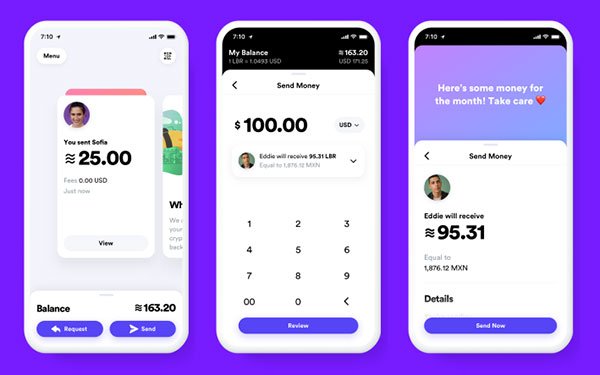 Facebook has at long last unveiled specifics about Libra, its highly anticipated cryptocurrency.

In what promises to be a highly disruptive technology, anyone with a smartphone will be able to send and receive the forthcoming currency. Users will be able to conduct transactions with virtually no fees.

The blockchain technology is backed by will be overseen by a newly formed Facebook subsidiary dubbed Calibra and is expected to be available should be available in the first half of next year.

Consumers will be able to spend Libra using a Calibra wallet -- a standalone app that will connect directly to Messenger, WhatsApp and Facebook’s flagship app -- or participating third-party wallet apps.

Through the so-called Libra Network, Facebook plans eventually to offer a slew of transactional options, from paying bills with the push of a button to buying a cup of coffee with the scan of a code.

Analysts see the debut as Facebook’s most forceful move into ecommerce to date.

“We believe this may prove to be one of the most important initiatives in the history of the company to unlock new engagement and revenue streams,” wrote RBC Capital Markets analysts.

"We believe this is a major initiative for Facebook, and one that has the potential of putting the company front and center in areas beyond advertising,” seconded SunTrust analysts.

The question, of course, is whether Facebook can be trusted with the key to consumers’ financial lives.

Facebook won't be controlling the currency on its own. Libra will be governed by an independent association based in Switzerland, whose current members include financial giants such as Visa, Mastercard and PayPal, as well as Uber and other high-profile companies.

In other efforts to calm concerns, Facebook is promising that Calibra will not share account information or financial data with its parent company or any third party without customer consent.

Exceptions to this rule will include cases in which Calibra needs to use Facebook data to comply with the law, secure customers’ accounts, mitigate risk and prevent criminal activity. However, Facebook says that Calibra customers' account information and financial data will not be used to improve ad targeting across Facebook’s family of products.

The service will also employ the same verification and anti-fraud processes used by banks and credit cards, along with automated systems for proactively monitoring activity to detect and prevent fraud.

When Libra officially launches, Facebook plans to offer live support when customers lose their phones or passwords, or a fraudster gains access to their accounts.

Still, Facebook doesn’t have a strong track record for protecting users’ information. Consumers will have to decide whether the promise of convenience is enough to entrust Facebook with their most sensitive information.

Consumer skepticism won't be the only challenge for Libra. Shortly after Facebook's announcement, French Finance Minister Bruno Le Maire said that only governments can issue sovereign currencies, reports the Associated Press. And in the U.S., Rep. Maxine Waters (D-Calif.), head of the House Financial Services Committee, has said that Facebook should delay Libra until it can be studied by Congress and regulators.