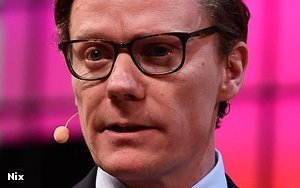 CANNES, FRANCE--While word spread quickly across the media over Cambridge Analytica's Alexander Nix withdrawing from his scheduled appearance at the Cannes Lions Festival and organizers quickly accepting his "decision," Cannes attendees weren't as focused on the news. Many, in fact, had no clue about his initially-scheduled appearance or his withdrawal.

Those aware of the controversy expressed mixed reactions. Several guests said they planned on attending his presentation, though one did admit she "wished he would be booed."

Other attendees expressed similar sentiments mirroring Adobe's Ryan Levitt. "I personally think he has a right to be here, but personally I don't want him here. Anything he says will just be whitewashing and I am not interested."

The pressure for Nix to pull out was attributed to the Guardian journalist Carole Cadwalladr who first broke the Cambridge scandal. She recently flew to Cannes with plans to screen her documentary about the controversy the same day as Nix's presentation. In her rented out movie theater, she will host a Q&A afterward.

Nix also came under pressure from unnamed "industry leaders" and various activists. One anonymous former Cannes Lions award winner apparently cut his or her Lion in half and sent it back as a form of protest for providing Nix with such a highly visible platform, as reported in The Drum.

The proposed talk was billed as Nix’s first speaking appearance since the company went into administration, or what the UK calls bankruptcy.

Despite the chatter over Nix, it should be noted that Facebook's Sheryl Sandberg took to the Cannes stage Wednesday without controversy.