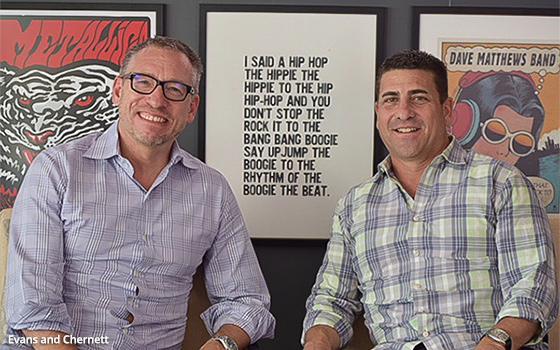 Two in three (66%) music fans want their experiences to blend the physical and digital life. This ends up being what the brand can do to bridge those two worlds, says Chernett.

LN experiments with several emerging technologies before introducing to potential sponsors. Most of its attention is centered around AR intelligence. AR is notably different from virtual reality. Virtual replaces the real world, while artificial reality enhances it.

"Every person who has a phone can access AR," says Chernett. One offering is LN's Fest Lens which piloted in several LN festivals, such as Governors Ball, Bonnaroo, Lollapalooza, and Voodoo. This experience enables fans to learn more about performers and offers a festival map. "It will tell you Post Malone is on stage four," explains Chernett. The experience receives a large engagement because it is embedded in the festival app. "Usually if you attend one of these events, you download the app."

LN research finds users utilized Fans Lens seven times with 25+ second engagement each time. "I thought this number was too low, but our team told me it actually is great because it means we solved the problem that someone found where they needed to go in 25 seconds," he says.

LN's ability to tweak and customize its content is largely a result of its massive internal infrastructure. These AR experiences are primarily developed in-house, including all creative and the majority of the technology. This control enables LN to fully own the platform, enabling for easy customization.

LN is partnering with Hyundai to serve as the first corporate sponsor for two of these new innovations to launch as part of the Music Midtown festival in Atlanta on September 25.

Hyundai's involvement is aligned with the car maker’s debut of its most technologically advanced vehicle, the 2020 Sonata. INNOCEAN USA serves as Hyundai's AOR.

This branding initiative is still in the early stages, but thus far, Hyundai will place its logo on the Fest Lens experience and LN is augmenting the car so users can virtually immerse themselves in it. Hyundai will also support AR VIP Access to enable viewers to go behind the scenes of festivals.