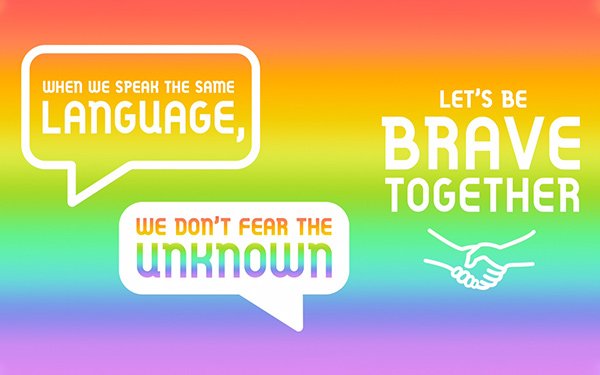 From hot dog and ice cream giveaways to Drag Queen Bingo, agencies are celebrating Pride Month with internal programs that recognize and support the LGBTQ+ community.

Cramer-Krasselt is teaming with Chicago-based Pretty Cool Ice Cream to create a custom ice cream treat available all month with proceeds benefiting the Center on Halsted, the Midwest’s largest LGBTQ community center. The treat is sold at www.loveisprettycool.com.

C-K staffers will visit Chicago “L” train stations on Friday June 27 to give away samples of the ice cream and encourage donations at five stops: Lake; Grand; Belmont; Thorndale; Quincy.

Copacino+Fujikado is launching its first-ever “Rainbow with a Cause" platform that includes a microsite and offers tips to brands around how to use Pride flags and their respective colors in internal and external communications.

Refinery29 seeks to increase visibility for the LGBTQ+ community through an editorial package for Pride featuring six pieces of content, including a map of LGBTQ+ rights around the world and interviews with six LGBTQ+ people on what they wish their workplaces looked like.

72andSunny screened the film "The State of Pride" followed by a panel discussion on June 6. More than 150 agency staffers from various LA shops marched in the annual LA Pride Parade Hollywood on June 9.

Deutsch LA hosted a Drag Queen Bingo event on June 20, and R/GA will hold a Stonewell 50 Block Party on June 27. On the East Coast, Deutsch NY continued its tradition of fundraisers for causes important to the staff with its fourth annual Pride game show. Each June, the agency presents a live game-show complete with animated scoreboards and flashing buzzers in an effort to raise funds and awareness for LGBTQ charities. This year’s Pride fundraiser benefited the Ali Forney Center, what is called the nation’s largest and most comprehensive provider of services for homeless LGBTQ youth.

Austin-based creative agency GSD&M has created a Spotify playlist in celebration of Pride that serves as a compilation of LGBTQ+ artists and allies.

3Q Digital updated all of the digital marketing agency's social and online logos to reflect the Pride flag.

David&Goliath is launching “For the Brave Who Want to Speak Up,” an inclusivity initiative covering gender identity, sexual orientation, LGBTQIA+ definitions and inclusive language. On June 25-27, experts from the LA LGBT Center and the Transgender Economic Empowerment Project (TEEP) will take to Instagram Story to respond to questions and provide insight into what’s appropriate in social situations. And on June 27th, during D&G’s weekly Thirsty Thursdays’ happy hour, TEEP will be available for a live Q&A with the agency.

This year's project serves as part of a broader D&G campaign to build a mobile friendly website that will serve as an ally’s guide to inclusive language and etiquette.

RTO+P worked with client Dietz & Watson to serve hot dogs wrapped in rainbow buns to the first 50 customers all weekend long at its summer pop-up, Delishop on June 7-9 in Philadelphia. The company donated 10% of the proceeds from these sales to support the William Way LGBT Community Center. The first 50 visitors each day also received a free “I <3 Wieners” tank top.

Omnicom's sparks & honey hosted a Pride-themed culture briefing on the language of gender (starting at 23:31) to dive into the ever-changing landscape of gender identity/assignment and the ways brands celebrated Pride this month.