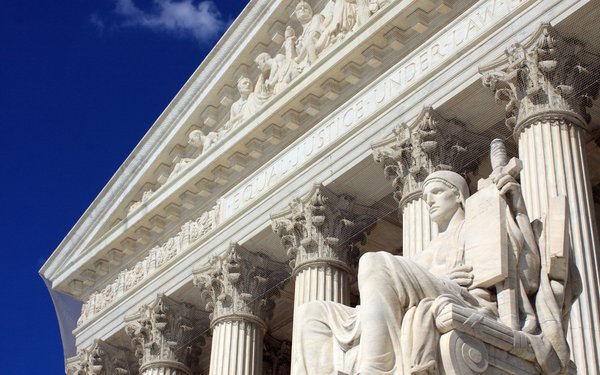 A closely divided Supreme Court Thursday dealt a setback to the Trump administration's attempt to ask census respondents whether they are citizens.

The 5-4 ruling sends the matter back to a trial judge for further proceedings. It's not yet clear whether those proceedings will conclude before the deadline for the 2020 census to be printed.

President Trump responded to news of the ruling by saying he wants to delay the census until legal questions surrounding the citizenship question are resolved.

“Seems totally ridiculous that our government, and indeed Country, cannot ask a basic question of Citizenship in a very expensive, detailed and important Census, in this case for 2020,” Trump wrote on Twitter. “I have asked the lawyers if they can delay the Census, no matter how long, until the United States Supreme Court is given additional information from which it can make a final and decisive decision on this very critical matter.”

The Trump administration appealed directly to the Supreme Court, which heard arguments in April.

The Supreme Court ruled Friday that the Commerce Department didn't adequately justify its decision to include the question, stating that Ross's stated explanation was pretextual.

Ross said he wanted to ask people about their citizenship in order to enforce the Voting Rights Act.

But the Supreme Court didn't accept that rationale.

“The evidence tells a story that does not match the explanation the Secretary gave for his decision,” Chief Justice John Roberts wrote for the majority.

“The record shows that the Secretary began taking steps to reinstate a citizenship question about a week into his tenure, but it contains no hint that he was considering VRA enforcement in connection with that project,” Roberts wrote. “We cannot ignore the disconnect between the decision made and the explanation given.”

The major advertising industry groups said last year that they objected to the citizenship question.

Ride-sharing company Uber, online glasses seller Warby Parker, the Los Angeles Chamber of Commerce and Nielsen are among a host of companies and business organizations that urged the Supreme Court to block the citizenship question. They argued the question will depress response rates, which will harm businesses that rely on census data for marketing and advertising product development.