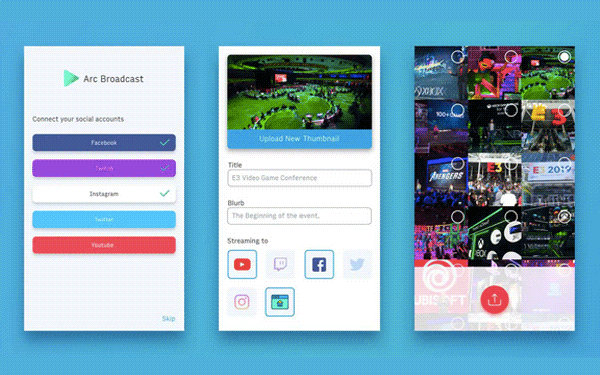 “Creating high quality live video in the field requires a tremendous amount of resources and costs for broadcasters, publishers and even brands,” stated Scot Gillespie, Chief Technology Officer at The Washington Post.

Broadcast “minimizes the lift associated with that process and empowers journalists and content creators to capture and stream video that reaches a broader audience on any number of platforms they choose,” Gillespie added.

Users can add lower third graphics or logos to the stream from their phone.

The app was developed in collaboration with Graham Media Group. The broadcaster became a client of Arc’s video content management system back in February. Headquartered in Chicago, the company owns seven local television stations.

Graham Media Group will be the first Arc client to use Broadcast.

“Our collaboration with Graham Media Group was an essential part of ensuring Broadcast met the needs of our TV customers and they recognize that the broadcast industry is ripe for disruption in the digital age,” Gillespie stated.

Broadcast is also integrated with Arc’s video asset management system, meaning editors can “coordinate remotely with journalists in the field to manage distribution or update the live stream’s graphic overlays,” according to The Washington Post.

Catherine Badalamente, vice president-Chief Innovation Officer at Graham Media Group, said the company will use the technology during the "Fireworks at the Fountain" event July 4 in Orlando, Florida.

The app will be available to Arc clients later this year.

Broadcast will eventually incorporate real-time audience reaction on social media, as well as audience analytics for the live streams.

Reporters will be able to see feedback from viewers during a live stream and interact with those comments and determine how the video performed across platforms.