Email Roots: Al DiGuido On What He's Seen From His Front-Row Seat 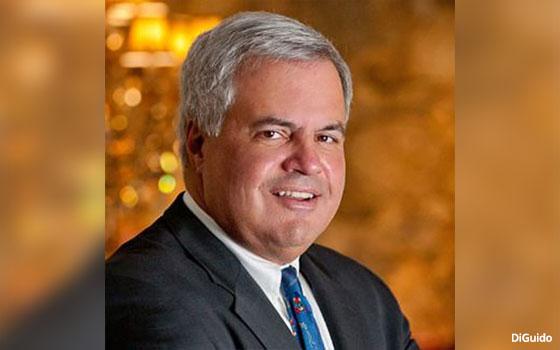 To paraphrase Farmer’s Insurance, Al DiGuido knows a thing or two because he’s seen a thing or two. The email veteran served as CEO of both Zeta Interactive, and before that Bigfoot Interactive. And he became CEO of Epsilon Interactive after selling BigFoot to Alliance Data's Epsilon business unit for $120 million.

MediaPost interviewed Di Guido on his experiences in email, the role of email in PR and where the medium is going.

Email Insider: Can you tell us a little about your career?

DiGuido: Out of college, I got into the outdoor ad business. I never took a marketing course in my whole life. I was a political science major. But I fell in love with the whole marketplace.

I worked for Sesame Street, then for Parade magazine. That media platform provided a huge direct-response vehicle. In the early ‘80s, I went to work for Ziff Davis. Bill Ziff was one of the great icons. I spent four years on PC Magazine, then they said, ‘We want you to be publisher of Computer Shopper. It was more of a newsprint magazine: I may have felt like I had gotten a demotion. It was a tough magazine to get on a newsstand. This ugly-looking huge magazine was for people buying PC products, who were knowledgeable enough to get their information there.

MP: And it was successful?

DiGuido: We were taking in a $140 million top line — it literally printed money. In 2001 or 2002, the internet came along, this little thing. I remember saying, ‘We have to build this comparison shopping engine.’ They said, ‘We’re going to give you a quarter of a million. The moment the internet impacts on print revenue, we’re going to shut the internet down.’

We hit the curb. First, it was Computer Shopper Net Buyer, now it’s Shopper.com. These transformative types of platforms were changing marketing, and I had a front-row seat.

MP: How did you measure results?

DiGuido: It wasn’t called analytics. We wrote on yellow pads, which SKUs were getting the most clicks — this kind of rudimentary information.

MP: When did email enter the picture?

DiGuido: Email is something tender to my heart. Email was just exploding, with DoubleClick, SaaS, do-it-yourself email.  Marketers who do it themselves think they can master the medium and upload their lists. They don’t have time to look at these different platforms.

So we thought, why don’t we build a company that is a service firm? So we created BigFoot Interactive, and took it from something running on fumes, hemorrhaging money, and later sold it to Alliance Data for $130 million. Alliance Data had bought Epsilon, and BigFoot had become Epsilon.

EI: What did Epsilon bring to the party?

DiGuido: It makes sense for an email piece to be connected with the database to update and profile records. It was clear the database was going to control it. Alter that, I sat on the sidelines for a year, then Zeta was born. Zeta is the next Greek letter in the alphabet after Epsilon.

Customers would say, 'Our deliverability and segmentation are incredible, but we’re not getting clicks and conversions. Can you help us with creative, with websites, with optimization?’' Legacy agencies were not embracing the service, so we started putting it together, showing how SEO, ecommerce optimization, all of these things, hung to email

EI: It couldn’t have been that easy selling this concept.

DiGuido: We used to ask people who used paid search, how much are you spending each month to reacquire exiting customers? You have to be collecting all this information, leveraging that and building relationships based on contextual information. It takes work — it’s not as easy as pouring money into the SEO bowl.

EI: And now you’re applying these ideas to PR?

DiGuido: Traditional PR is yesterday, in our view. How do you leverage content in the right venues and move the needle? Whatever you focus on, how can it be used in the PR aspect and show return on investment? You’re going to be marginalized if you’re not showing the relationship between dollars spent and ROI and outcome.

Here email comes full circle — we think of relative outcomes of PR and outcome relationships, not automatically the first media aspect. They threw cold water on email a long time ago.

We look at email from the standpoint of the marketer connecting and engaging with the consumer. We’re also amplifying the value of the PR asset within that medium.

EI: Where will email be five years from now?

DiGuido: Email is not going anywhere anytime soon. In five years, it will be a robust part of a more integrated campaign that drives customer engagement.

All the focus is on functionality and leveraging the cloud, but it’s really about strong, efficient, contextually relevant contact with customers. If you don’t leverage what you know about me to drive more contextual conversations, I’m going somewhere else.