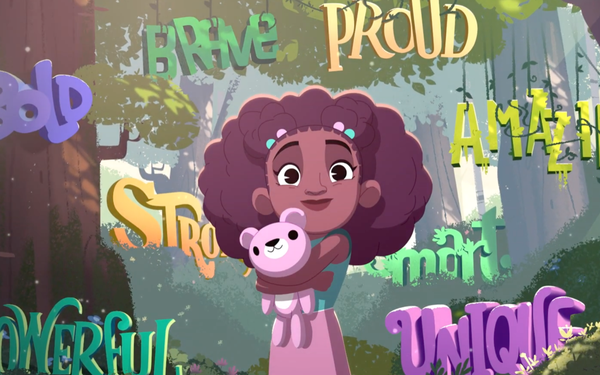 Procter & Gamble’s My Black is Beautiful is rolling out a new line of haircare products in an exclusive partnership with nationwide retailer Sally Beauty.

The line is aimed at the growing trend for black women to go "natural" and avoid straightening or otherwise processing their hair. The products target specific hair types and are formulated with a golden milk recipe and ingredients like turmeric, coconut milk, ginger, honey and coconut oil. They are also available online, and the rollout highlights both the shifting demands of African-American consumers and P&G’s efforts to find more relevant ways to meet them.

The launch “was inspired by the 2.6 million women in our online community who have evolving and diverse beauty needs,” says Lela Coffey, P&G's brand director of multicultural beauty, in a statement.

“With Sally Beauty and My Black is Beautiful’s collective focus on serving the needs of the online community, and P&G’s vast technical knowledge of textured hair, the two companies established a partnership to deliver a new haircare line that is both inspired by and designed by black women,” Coffey adds.

My Black is Beautiful is a community platform launched in 2006 that has become a hub not just for hair and skin care, but a broader forum for conversations about black beauty, culture and identity. Recently, for example, it launched the #RedefineBlack campaign, aimed at young girls.

The P&G launch comes at a time when the company is aiming to become a bigger part of the conversation about race, with ambitious ads like “The Look,” released last week, meant to raise awareness about bias by following an African-American man throughout a typical day. With “The Talk,” released in 2017, the company highlights how African-American parents brace their children for bias.

P&G also markets Pantene’s Gold Series and Head & Shoulders’ Royal Oils, both aimed at the "natural" hair market. In December, the Cincinnati-based company acquired Walker & Co., the start-up behind Bevel, which markets shaving products for men of color, and Form, with haircare products for women.

Rival Unilever is also stepping up its offerings, purchasing Sundial Brands, which markets such brands as a SheaMoisture and Nubian Heritage.