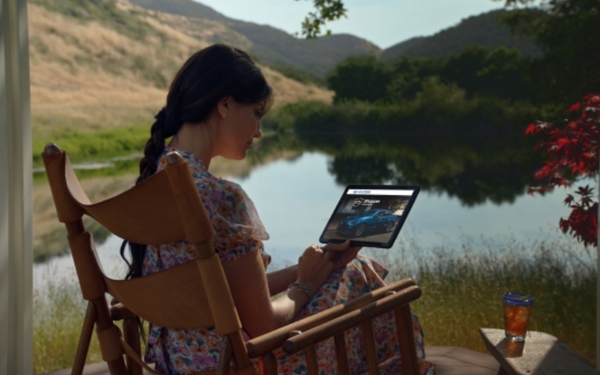 After appearing in a Super Bowl effort that topped the polls, Jason Bateman is coming back as the new voice of Hyundai Motor America.

The automaker is debuting a brand campaign from Innocean USA  that communicates the company’s “Better Drives Us” positioning that intends to “put people first,” according to the company.

Bateman will provide the voiceovers for both national traditional and digital advertising.

The automaker was looking for a voice that is recognizable and relatable, says Dean Evans, CMO, Hyundai Motor America. Bateman is versatile and can be both humorous and entertaining, but also serious and informative, he adds.

"We recognize the value of consistency when it comes to our advertising -- in everything from strategy and messaging to look and feel, which includes voice," Evans tells Marketing Daily. "As such, we’ve engaged Jason to be the voice of our brand for the good foreseeable future."

The new campaign was directed by Wally Pfister, the director known for his work with Christopher Nolan on films like "The Dark Knight" and "Inception." The Cold War Kids’  “First” is the soundtrack for the spots.

"Using a voice as recognizable as Jason’s brings a certain familiarity and likability to each spot, while providing a consistent tone across all brand work," Evans says. "We were looking for someone who felt approachable but with a lot of soul. That helps establish trust."

The 60-second hero spot “Better Drives Us” debuted during this past weekend’s FIFA Women’s World Cup Final, and will appear in national programming like Discovery’s Shark Week and in cinemas before major motion pictures.

"We ran focus groups for the new campaign and they confirmed Jason brought a recognizable and likable voice to the campaign," Evans says. "Overall, the campaign was positively received and it universally improved the focus groups’ impressions of the Hyundai brand and also made them more likely to consider Hyundai in the future."

Hyundai has also produced a series of 30- and 15-second pieces that dive deeper into the different ways Hyundai puts people first, such as its safety accolades, industry-leading warranty, and low cost of ownership. “A Greener Future” highlights Hyundai’s alternative-fueled vehicle lineup.

The dramatically shot, nearly three-minute video shows a Venue being flown inside a C-130 transport aircraft high up in the sky, before being dropped on a tarmac at California’s Inyokern Airport, where it is greeted by other Hyundai SUVs.

The Venue will be introduced in various global markets in the second half of this year.