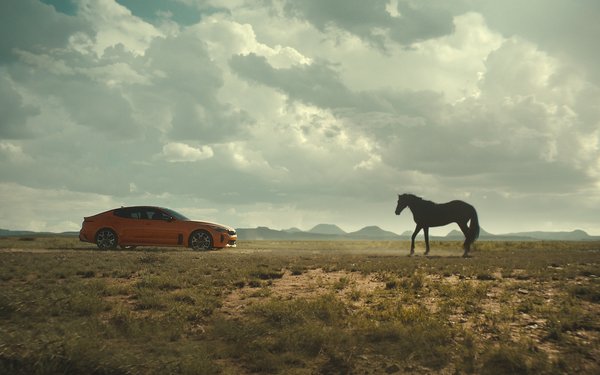 Kia Motors America is breaking an effort that shows off the new-to-market Stinger GTS.

From David&Goliath, the ad uses West Texas as a backdrop for the high-performance car, which is the flagship of Kia’s GT line.

It continues the “Give It Everything” theme introduced in February during the Super Bowl. That spot focused on the story of the largely unknown West Georgia town, West Point, where Kia builds the Telluride CUV, Sorento CUV, and the Optima midsize sedan.

The new effort, which breaks today, aims to test the design and build of the Stinger against a landscape that demands a “Give It Everything” mindset at every turn on the rugged Texas terrain.

“Outlaw,” the first of several spots, focuses on a rare type of horse, the kind ranchers call “unbreakable.” Nothing is able to earn the respect of this beast, until it encounters the equally rare Stinger GTS.

The agency aims to turn the “toughest naysayers into the strongest believers,” states David Angelo, founder and chairman of David&Goliath.

"People now stand behind the quality and performance of Kia like never before," he adds. "But even more so, they can relate to the spirit of a brand that gives it everything. That spirit is the crazy horse in all of us.”