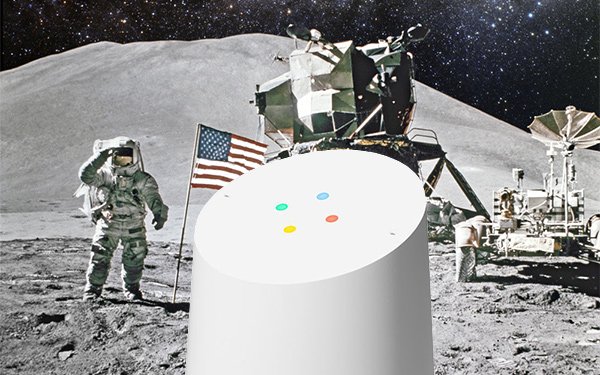 Google Assistant is heading to the moon.

To celebrate the 50-year anniversary of the Apollo 11 moon landing, Navy Recruiting Command has developed a Google Assistant interactive game called Journey to the Moon.

The game can be played on Google Home and Android devices as well as any smartphone with the Google Assistant app.

After launching the game by saying “Hey Google, talk to Journey to the Moon,” players are asked a series of multiple-choice questions to determine their interests. Based on the answers, the game places the players into one of three roles: power and propulsion, flight control or crew survival.

Players then hear actual NASA audio from the Apollo 11 mission, including recordings of Neil Armstrong’s voice.

The goal of the game is to answer the multiple-choice questions correctly to take the craft safely to the moon and back.

Winning players are then directed to information on Navy-related career fields, since this was created by Recruiting Command.

The game officially launches on July 19, but it seems to be running now, since I just played it on my Google Home device, although it did crash (not the landing craft), just before the landing.