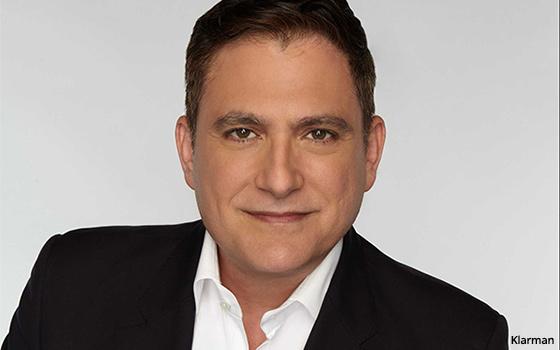 Jason Klarman has been named executive vice president of marketing for Fox News Media — a new position at the Fox unit.

The media value of Fox News Channel in-network program promos totaled $33.5 million from July 2018 to July 2019, according to iSpot.tv. During the period, national-regional paid TV advertising on the cable news network was $1.1 billion.

Previously, from 2013 through 2016, Klarman was the chief marketing officer for Fullscreen Media.

From 2008 to 2013, Klarman worked at Oxygen, rising to president of Oxygen Media. He was key in rebranding the service to a female audience.

Before that, from 2004-2008, he had been at Bravo Media, rising to executive vice president of marketing and digital, in charge of all brand strategy and consumer marketing, as well as running content and operations for the channel’s digital portfolio.

Fullscreen, now owned by Otter Media, a unit of AT&T's WarnerMedia, had a short run as a D2C video platform for young millennials between 2016 and 2018. At that time, it was been co-owned by Otter Media and The Chernin Group, run by veteran Fox and Showtime executive Peter Chernin.

Fullscreen now focuses on providing creative tools, services and consultation to YouTube content creators and brands. Some of its clients have included NBCUniversal, Fox, Fremantle, and Mattel.