Kahlua Celebrates The Many Photos Totally Unshared On Social Media 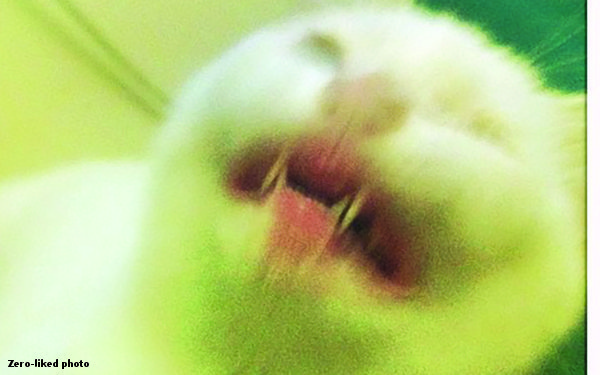 Kahlúa is launching a social-media-related marketing campaign that is so unlikable it might be pretty popular.

Troy Gorczyca, Kahlúa brand director for Pernod Ricard USA, is banking on it.

The centerpiece of the “Kahlúa Zero Likes Given” campaign is a curated exhibition consisting  “entirely of zero-liked photography” originally posted (and ignored) on social media by consumers from all over the world.

You know how Instagram says 95 million photos posted on that site are shared every single day? Well, this is just the opposite. (One of the images is above. Would you share that?)

The photos will be on exhibit at a New York gallery July 25-28. Kahlúa says it’s  “giving attendees a break from the pressure of their ‘like count’  by celebrating the beauty of unliked images and proudly displaying them at the art gallery.”

Consumers can visit Kahlúa’s website to order a free ticket to the exhibit — or, if a trip to New York isn’t possible, then they can create their own #BottomNine photos exhibit on theirInstagram accounts, and by visiting bottomnine.co.

Still, this seems like a silly idea. What’s the point? we asked Gorczyca, noting that we didn’t mean to be offensive.

“We’re not offended, don’t worry,” Gorczyca told Marketing Daily. “It’s kind of interesting. Life has gotten so serious over the last several years, and we’ve often seen that consumers are taking themselves so seriously as well.

Kahlúa provided survey results that say 61% of millennials think getting ‘likes” for their photos is important, and almost 80% say they customize their photos before they send them.

So Kahlúa is saying, lighten up.

“We as a brand are not serious at all, and we never have been serious. We realized that was kind of an opportunity for us,” Gorczyca continued. “So this is about not taking things too seriously. We are the number-one coffee liqueur in the world -- but we try not to act that way,” Gorczyca said.

Indeed.  Earlier this year, in a Super Bowl beer ad, Jeff Bridges walked into a bar and instead of ordering his well-known favorite coffee liqueur-rich cocktail, “The Big Lebowski” dude asked for a  bottle of Stella Artois. When Kahlúa saw that ad before the game, it quickly started the #SaveTheWhiteRussian campaign and gave away T-shirts with the slogan. Consumers loved the joke.

“As consumers look at their own images, I think it’s going to make them chuckle and also think about their fond memories of the last few years.”  Gorczyca said.

Maybe they’ll do that while sipping a Kahlua concoction with friends.

From his perspective, that probably wouldn’t  be a bad photo.