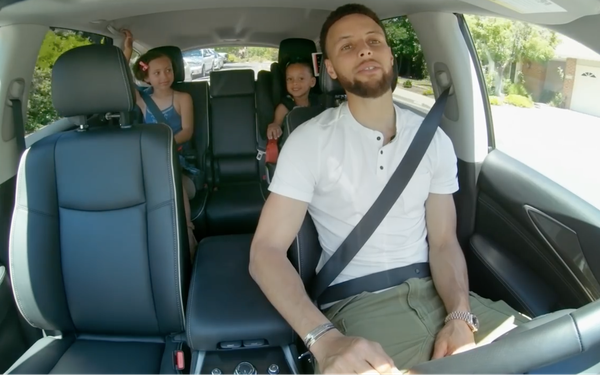 The three-part series will offer a look into Curry’s life and will highlight “comfort, luxury and creativity,” the three pillars that the automaker aims to bring into consumers’ daily lives.

Curry has been an Infiniti brand ambassador since 2017 and has supported the launches of the Q50 sports sedan and QX50 crossover.

The videos will be released weekly starting July 18 on Curry’s Facebook, Instagram, Twitter and Weibo accounts. The series, created and produced by Unanimous Media -- Curry's own production company -- captures an unguarded Curry in three scenarios.

First, Curry and his family share a special moment in an Infiniti QX60. The four-minute-plus video shows the basketball star’s family traveling in a car that has been outfitted by Curry with hidden cameras.

In the second video, Curry will offer a glimpse into his sneaker design process. He works with custom shoe designer, Dan “Mache” Gamache, on an exclusive pair of his Under Armour Curry 6 shoe inspired by the Infiniti QX50.

Finally, in a creative prank, Curry tricks his close friend Chris “COSeezy” Strachan, founder of the nonprofit Kick’n It For A Cause.

The series aims to express that true luxury is being comfortable in your own skin, despite the many pressures of the daily grind, according to the automaker.