Once Again, ESPN Has To Remind Air Talent To Stick To Sports 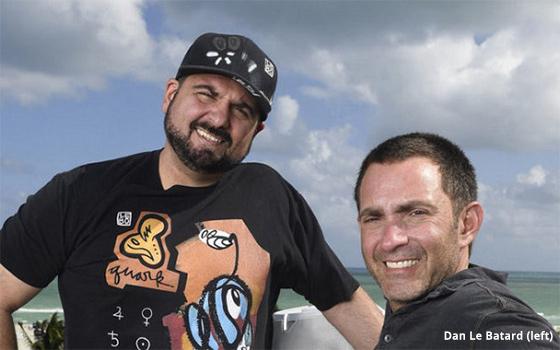 Subject matter encompassing issues of sports, politics and popular culture is so omnipresent today that ESPN personalities would seem to have plenty to talk about.

They don't really have to go off-script in violation of company policies to have their say on hot-button issues such as race and the pronouncements of President Donald Trump.

Sooner or later, these topics will intersect with the world of sports, and under ESPN's rules, they are fair game for the company's commentators and opinion makers.

This subject arises in the wake of another dust-up at ESPN over one of its on-air personalities -- reportedly being reprimanded for commenting on his ESPN Radio show that he did not approve of President Trump seeming to endorse a crowd at one of his rallies chanting “Send her back!” in reference to Minnesota congresswoman Ilhan Omar, who was born in Somalia.

According to an Associated Press story, Le Batard last week said on his Miami-based radio show that he found the “send her back” chant, and Trump's beaming, tacit approval of it, to be deeply offensive. This is not a surprising reaction to the “send her back” controversy, since many people were offended by the chant.

Le Batard then turned his ire on ESPN when he said: “We here at ESPN don't have the stomach for the fight. We don’t talk about what is happening unless there is some sort of weak, cowardly sports angle that we can run it through.”

Perhaps this is what angered ESPN most, although this is speculation, since the network issued no public statements on Le Batard and his comments. The company did circulate a statement internally to remind its talk-show hosts that political commentary with no sports angle will not fly.

In this way, Le Batard's sentiments were diametrically opposed to the company’s stated policy that its commentators and talk-show hosts are free to join all sorts of political and cultural media scrums whenever these topics have a sports angle. But they are directed to steer clear of these subjects when sports and athletes have nothing to do with them.

No conspicuous sports angle can be found in connection with the “send her back” controversy. But such controversies erupt often. One example is the July Fourth Nike story, in which the sneaker company withdrew a sneaker with an American flag on it that was marketed precisely for Independence Day because Colin Kaepernick said it made him feel bad.

President Trump frequently criticizes sports personalities and entire leagues such as the NFL for their perceived lack of patriotism when players kneel in protest during the playing of “The Star-Spangled Banner.”

In fact, clever sports media personalities can make a sports connection to almost any controversy that erupts outside the realm of sports in our hyperventilating culture of fast and furious outrage.

Le Batard may have been guilty of little more than poor, uncreative broadcasting. To express anger over the “send her back” chants was a no-brainer, since everybody was doing it. The published reports on his comments indicate that he had nothing new to say about the situation.

And then to blast ESPN -- as if this sports network was flying a Betsy Ross flag in support of Donald Trump -- represented a lapse in judgement, to say the least.

In the wake of this tempest in a teapot, Dan Le Batard is more famous than he was before. Up until this week, the TV Blog had never heard of him.

politics, sports, television
1 comment about "Once Again, ESPN Has To Remind Air Talent To Stick To Sports".
Check to receive email when comments are posted.
Next story loading