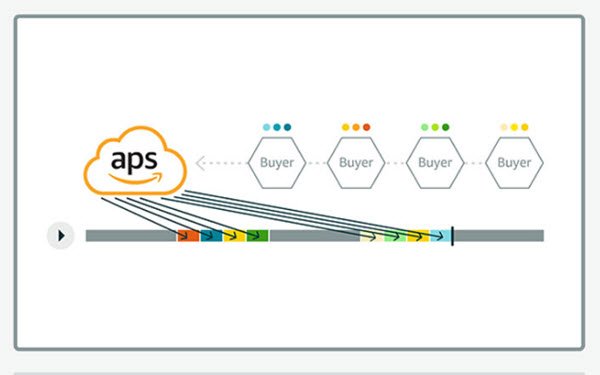 In a significant departure from its walled-garden policies, Amazon is now allowing video publishers to sell advertising on Fire TV through third-party demand-side platforms (DSPs) Dataxu and The Trade Desk, as well as Amazon’s own DSP.

Through the DSPs, all connected TV (CTV) media apps integrated with Amazon Publisher Services (APS) — Netflix, Hulu and HBO Now, among others — can now offer such deals on ads that run in content streamed in the Fire TV marketplace.

Amazon, which announced the change on Friday in a blog post, noted that PMP has become the dominant transaction model for advanced TV ad buying.

Publishers favor the PMP model over an open model because it gives them more control over ad pricing. The newly available PMP capability will “enable a direct connection between apps and advertisers, allowing buyers to easily see how much they paid, exact fee amounts, and what the publisher was paid,” Amazon stated in its announcement.

Equally important, PMP deals made through the third-party platforms will enable advertisers to garner more information about how their ads are performing than is made available in walled-garden buy scenarios. However, Amazon, which controls negotiated percentages of Fire TV-integrated media apps’ ad inventories, reportedly is not giving the DSPs access to the shopper marketing data it uses to target ads within its platform.

Still, in its announcement, Amazon promised that PMPs will have access to “100% of ad opportunities, unlike supply sources limited to remnant inventory and their place in the ad-server waterfall.”

Allowing PMPs on Fire TV could help Amazon better compete with Google and other big players angling for a piece of the rapidly growing CTV advertising market.

For instance, Roku, in addition to selling inventory for the media apps on its platform, already allows media buys through Adobe’s ad software, notes The Wall Street Journal.

“As the total addressable market for advertising grows toward $1 trillion, about half of that will be in video, and most of that will be in premium TV,” Jeff Green, CEO of The Trade Desk, wrote in a message to employees cited by CNBC, which broke the story.

“Advertisers are eager to access CTV inventory because it allows them to be much more precise and data-driven in their massive TV ad campaigns than they can ever be with linear investments,” he continued. “Publishers are equally eager to bring premium content to CTV channels so that they can capitalize on the potential for more relevant, valuable advertising, increasing the value of every ad spot, and helping fund this golden era of TV. And the consumer benefits through improved ad frequency and relevance.”

In a statement, Dataxu CEO Mike Baker went even further, saying the move “changes everything.”

“It will catalyze an already-hot programmatic CTV ad market,” he said. “As consumers make streaming the primary way to watch TV, more and more publishers are embracing programmatic ad monetization. But it’s creating a very fragmented landscape,” which makes the ability to “connect the dots” across players essential to enabling precision CTV ad campaigns at scale.

In the context of mounting regulatory scrutiny of the giant tech companies, Amazon’s move is also designed to demonstrate openness to competition — “in contrast to other big-tech walled gardens,” noted Green. “It’s a bold move which may drive action from other CTV aggregators,” he added.

In the U.S., CTV ownership is expected to increase from about 195 million currently to nearly 202 million by 2020, per eMarketer.