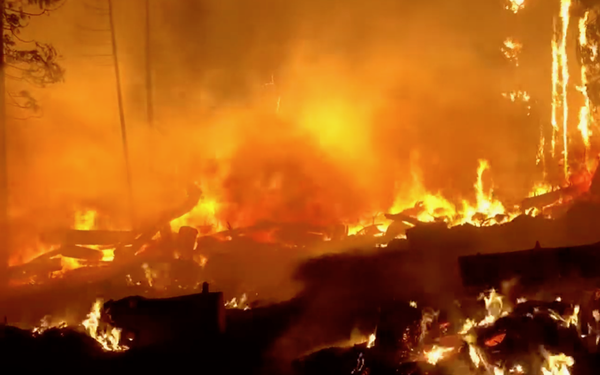 Fire eats up about 4% of the planet’s forest each year, with humans starting 84% of those fires. To raise awareness -- and replant more trees -- Zippo lighters is teaming up with Woodchuck USA, a sustainable wood products company, and National Geographic in a new campaign.

The effort is supported by its Zippo’s new Fight Fire With Fire collection, with every purchase of a lighter triggering the donation of another tree, replanted in an area blighted by fires. The effort is kicking off on Madagascar, where human slash-and-burn activities have decimated 90% of the native forests.

With National Geographic as a content partner, the effort has maximum-impact video, photography and native articles. The series focuses on what individuals are doing to help solve the problem, demonstrating the impact the initiative is having in Madagascar, and following those who are replanting the mangrove trees.

The Bradford, Pennsylvania-based Zippo says the partnership comes from the awareness that fire is both useful and destructive. “Zippo is known for our pocket lighters, and we think we are the most iconic flame in the world,” says Lucas Johnson, Zippo’s senior brand manager. And while much of the compny's marketing focuses on the creative power of fire, “it’s also responsible for so much devastation.”

With sales of Zippo's refillable lighters continuing to rise, “it also fits in with our mission of sustainability," adds Johnson. "The world is moving away from throw-away products.”

Johnson tells Marketing Daily that a China replanting effort is coming in 2020, with talks underway for sites in Europe and North America, as well.

The regenerative effort is backed by an integrated ad campaign from DeVries Global, running in China, Germany, France, the UK, India, Korea and Japan, as well as in the U.S. The National Geographic content, supported by social media, is rolling out on Zippo’s owned platforms.

Despite steep declines in cigarette smoking in the U.S., Johnson attributes the company’s strong lighter business to a growing interest in personalization and self-expression. “I carry mine all the time, flipping it open and clicking it closed,” he says. “It’s like the original fidget spinner.”