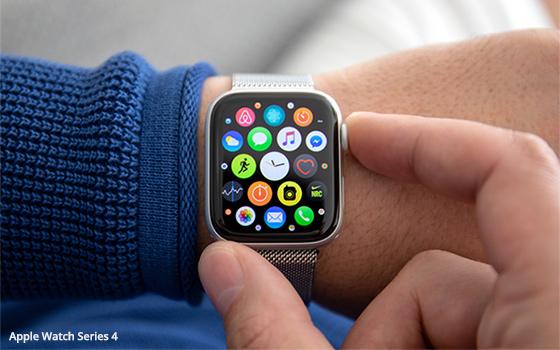 New numbers from Strategy Analytics show the annual global smartwatch shipment growth at 44% for the second quarter with 12 million devices being shipped.

The Apple Watch accounted for 46% of the smartwatch market, followed by Samsung and then Fitbit.

Samsung shipped 2 million smartwatches globally in the second quarter up from 1 million a year ago.

Fitbit was in third place, shipping 1 million smartwatches, slightly fewer than a year ago. The wristband maker now accounts for 10% of smartwatches shipped in the quarter, a drop from 15% a year ago.

Overall shipments of wearables are estimated to reach 223 million devices this year, according to the International Data Corporation (IDC), which estimates that smartwatches and ear-worn devices will account for more than 70% of wearables shipped by 2023.

The wearables action remains on the wrist.