The SoulCycle/Equinox Roast: Consumers Find The Funny In Boycotts 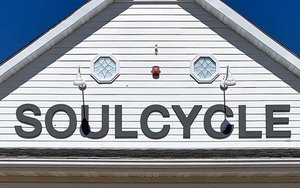 Fitness brands SoulCycle and Equinox are the latest to tumble into the Trump/Twitter/brand warfare zone. And while most of these social-media skirmishes evaporate after a few news cycles of outrage, this one may be different. And refreshingly, it’s fueled not by fury, but by funny.

Here’s the news development, in case you missed it. Stephen Ross, a wrinkly rich guy who owns the Miami Dolphins and is the founder-chairman of SoulCycle and Equinox's parent company, is hosting a fundraiser for President Donald J. Trump in the Hamptons. (Photo ops cost $100,000; joining 45 for a roundtable runs $250,000.)

When word got out, outrage ensued. Celebrities like model Chrissy Teigen called for a boycott. (“Everyone who cancels their equinox and soul cycle memberships, meet me at the library. bring weights,” she tweeted.)

If this were a typical Trump versus Brand Du Jour dust-up, it wouldn’t be worth watching — a small group of Red fanatics burning Nikes in one corner or Blues boycotting Amazon in another. But this one feels different, with many comments rising above the partisan fray to lampoon the companies right in their buff brand identities.

We’re now a full 33 months into these nonstop brand wars, yet this SoulCycle fight feels deliciously different. First, except for the tens of thousands of devotees who cheerfully pay $36 a class for a what they regard as a near-religious experience, the brand’s been a favorite punchline for years, even making its way into shows like “The Unbreakable Kimmy Schmidt” and “Broad City.”

In the 13 years since its birth, SoulCycle has become a symbol of elitism, exclusivity, urban overachievers and, well, skinny people. And Equinox, with monthly fees approaching $300 in some places, is the very definition of a swanky sweatshop. The Trump fundraiser opens the door to mock not just rich old GOP donors, but the svelte fiterati we’ve all been eager to take a swing at.

The San Francisco Chronicle rounded up some of the best tweets, like “People in LA hate Trump so much they’re willing to get fat,” “I was right about the not exercising thing after all” and “Wish there was a way to ride a bike that wasn’t SoulCycle.” “The Daily Show”’s Trevor Noah couldn’t resist. Neither could Seth Myers on “Late Night.”

Nor could rival brands. Town Sports International, which owns New York Sports Club, wasted no time throwing its doors open to boycotters. “FYI: This Friday, August 9th, we’re not doing anything in the Southampton. Come work out with us,” it says on Instagram.

In a statement to USA Today, Patrick Walsh, Town Sports CEO, used the hubbub to reiterate its commitment to inclusivity, with free workouts for everybody. “We will be opening our clubs across New York, Philadelphia, Washington, and Boston on Friday, August 9 through the weekend free to all. For those who would like to purchase a membership, or leave their former gym, we'll waive all initiation fees.”

And it’s also making a “minimum” donation of $10,000 to the Trevor Project, which works to prevent suicide in LGBTQ+ youth.

SoulCycle, meanwhile, couldn’t backpedal fast enough. On its Twitter feed, it assured people that “SoulCycle has nothing to with the event and does not support it….Mr. Ross is a passive investor and is not involved in the management of SoulCycle.”

And Equinox posted that “we believe in tolerance and equality, and will always stay true to those values.”

Meanwhile, kudos to statistician Nate Silver for teasing out the class tension underlying this particular dust-up. “A fun natural experiment—I'll be curious to see whether this carries through to the actual data—is that everyone* (*well, liberals on Twitter) is talking about quitting Equinox and SoulCycle but nobody is talking about quitting their much cheaper corporate sibling Blink Fitness,” he tweeted, “presumably because a huge amount of the value of an Equinox membership lies in the social signaling.”