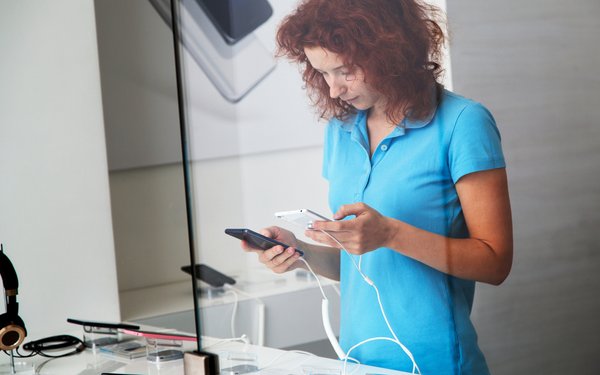 New phones that can handle the faster 5G speeds are coming and so are the additional costs.

The obvious question is how much more customers will cough up for those phones and it could be a lot more than they expect.

Nearly all (91%) consumers expect to pay more for 5G devices compared to the existing 4G LTE smartphones, according to a new survey by IHS Markit.

However, the actual pricing of the first batch of 5G phones is much higher.

“In dollar terms, this would represent a $912 increase in price, an order of magnitude higher than consumers’ expectations,” states the IHS report.

The reality is that any high-end phone owner knows the costs already are upwards of $1,000. The phone carriers also realized this, so they mostly bake the price into monthly phone payments, lessening the one-time financial hit.

“The 5G market is primed for massive growth, with the transition to the new technology expected to occur at a much faster pace than any previous wireless generation during the first five years of deployment,” states Joshua Builta, senior principal analyst at IHS Markit. “However, the first wave of phones carries sky-high costs because of the additional electronics required to support the enhanced features. With smartphone brands passing these additional costs to consumers, many buyers will be turned off by the high prices and will wait until they come down before purchasing a 5G phone.”

The good news is that prices of 5G phones should drop to between $700 and $800 within the next few years, according to the study.

Meanwhile, early adopters will have to pay the price.