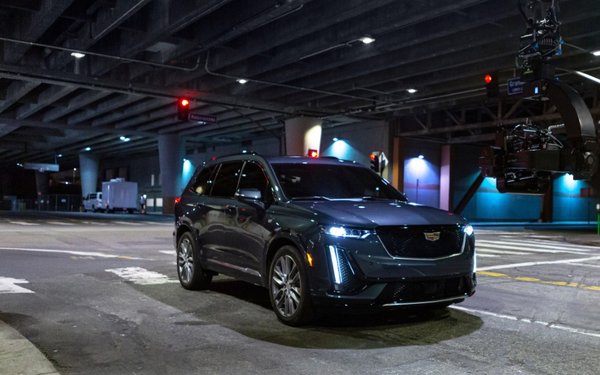 Cadillac is playing up the large size of the XT6, the newest SUV in its lineup.

The brand has enlisted film directors Anthony and Joe Russo from Bullitt to create the 60-second spot, which has a music-video vibe.

Titled “Crew Ready” and set to Diplo’s “Welcome to the Party,” the spot aims to disrupt the expectations for SUVs to show off a sleeker and edgier look for the General Motors luxury brand.

The ad works to convey that “the XT6 is a vehicle fit for all crews — bring your starting five plus one to fill the three rows with the whole squad.” Creative features crews of all types, from a squad of rocker dads to a team of powerful stuntwomen, taking a turn behind the wheel. No, there’s no sign of Taylor Swift, who had a very notable crew, aka “girl squad,” a few years ago.

“XT6 customers are always ready for an adventure, and we knew closely partnering with the directors of the highest-ever grossing film, the Russo brothers, and Bullitt was the perfect way to bring this vision to life,” Wahl says in a release.

The 2020 XT6 expands Cadillac’s crossover and SUV lineup, offering three rows of seats for up to seven passengers. It starts at $53,690 and is on sale now.

Founded by the Russo Brothers ("Captain America" 2 & 3, "Marvel’s The Avengers" 3 & 4), Justin Lin "("The Fast & the Furious" franchise, "Star Trek: Beyond') and Chairman Todd Makurath, Bullitt is a filmmakers’ collective, creative studio, and marketing think tank situated at the nexus of entertainment and advertising.