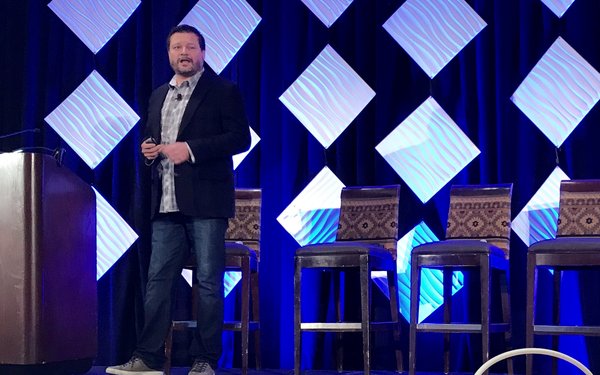 There may be myriad ways of looking at your data but Dan Williams, CRO, 3 Day Blinds, brought a vivid example of how data can be flawed.

"The Lincoln Memorial was eroding faster than expected. It was decided that it was washed too often so they didn't wash it too often. It became covered with bird shit so they decided to wash it more often. Then someone asked why the birds shit on the memorial in the first place and they realized it was because there were a lot of birds. Why so many birds? Lots of insects. They'd installed bright lights on the memorial, which attracted a lot of insects, which attracted a lot of birds so they washed it too much.

"Think about that when looking at your data," Williams advised.

"I am bombarded by agencies, vendors, services, all saying we have this amazing AI and we can get you a great customer. I say, can I get a pretty good customer? I'll take a crap customer, too. AI to me is, find me the customer that hasn't bought a house yet but is going to and in seven years will realize they don't want to [install blinds] themselves. They didn't want to hire someone to do it and now they do. I question AI. Is it smart, is it good, is it using data properly?"

About machine learning, Williams asked, what data is it pulling from? "The blue ad gets more clicks, we should show it more often. That's stupid. Maybe people just like blue. They're not getting more customers. Maybe the green ad gets people thinking about it."

It's important to understand that data has personality, bias, and style, he said. "There is no uniform rule on what to do with data. Is Facebook advertising social advertising or is it display? You're both right. Just don't change it every six months."

How do you know your data is accurate? "It's not," he said, remembering a client that was a multinational, multibillion-dollar company. There were 17 ways that the transaction ID was spelled differently in database.

KPIs, as he said, are how companies are run but are you looking at the right numbers? One skin care company's returns went up and execs wondered why. "Products don't get returned immediately," Williams said. "It's not about what happened to that product that month. You don't know when they changed the caps [on the skin care product] but kept the same SKU. It's happening all the time."

"Time is a big factor. If you look at things over a period of hours or minutes or even years, you're missing the point. Things change so quickly. If you keep the same name over many years, you have agood amount of data. 40 year old data, you can imagine. Mini-blinds were big in the '80s ... ."