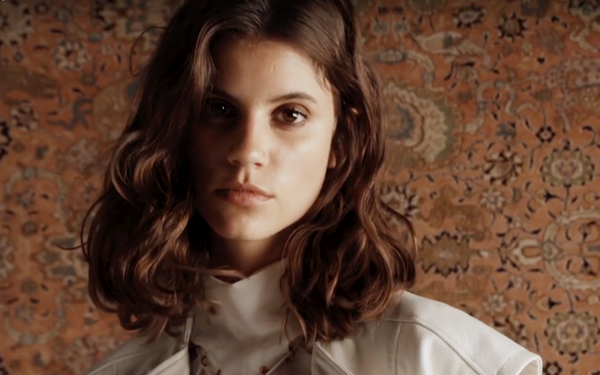 Nordstrom’s latest quarterly report has some disappointments. The retailer reported a greater-than-expected decline in sales, and stumbled during its anniversary sale, running out of some of its most popular items. But it also beat earnings forecasts and revealed more details about how its new Local format is changing people’s relationship with the retailer, with Local shoppers spending 2.5 times more than those at its other stores.

For the second quarter, the Seattle-based chain says net sales sank 5.1% to $3.78 billion, from $3.98 billion in the same period of the prior year. It attributed the decline to lower sales during its anniversary sale, as well as softness in the off-price division. And it also lowered its full-year forecast, now saying it expects a decline of 2%.

Second-quarter net earnings slipped to $141 million, compared with $162 million in the year-ago period, better than had been forecast.

But the company shed light on its expanding Local strategy. These stores stock very little in inventory and instead focus on facilitating online transactions, as well as offering amenities like tailoring and salon services. As Nordstrom began scaling up the Local offerings in Los Angeles -- its largest market -- “customers have significantly greater access to merchandise selection, contributing to Buy Online & Pick Up in Store sales nearly tripling in this market in July,” it notes in its earnings release.

It is also introducing two Nordstrom Local hubs in New York next month, with the opening of the long-awaited New York flagship scheduled for October. (The retailer is reportedly investing $500 million in that store, its most ambitious to date.)

While Nordstrom, along with other department stores, is constantly battling to stay relevant in an era of online fashion, many observers predict its commitment to affluent shoppers who expect a high level of service will continue to pay off.

David Swartz, an analyst who follows Nordstrom for Morningstar, thinks “Nordstrom’s digital and local initiatives show promise. In Los Angeles, Nordstrom reports local shoppers spend 2.5 times as much as others.” And digital sales gained 4%, and now account for 30% of total sales.

It “continues to be a top operator in the competitive U.S. apparel market. Nordstrom has, in our view, cultivated a loyal customer base on its reputation for differentiated product and service,” he writes in his latest report.

Swartz also says the retailer’s full-price business has increased its share of the North American clothing and footwear market from 2.5% to 2.7% in the past four years, even as overall department store sales as a percentage of total retail sales have fallen.

Nordstrom customers continue to be loyal, with 11 million in its loyalty club, generating 56% of sales, up from 35% five years ago.

Still, Swartz points out that Nordstrom is vulnerable to weakening brick-and-mortar sales, as are all stores. “While we believe Nordstrom is dealing with threats to the traditional retail business better than most, it is still subject to competitive pressures from e-commerce companies,” such as Amazon and eBay, as well as discount competitors, like TJMaxx, other department stores, outlets and small-format clothing chains.

And ultimately, despite its positioning, Nordstrom can’t escape the reality that America may simply have too many stores. “We assign a high uncertainty rating to Nordstrom,” Swartz writes. “The company is exposed to weakness in U.S. physical retail. The U.S., by some measures, has roughly 5 times as much retail space per capita as such nations as the U.K., France, and Japan, suggesting many retail stores in the U.S. are unneeded and will be closed.”