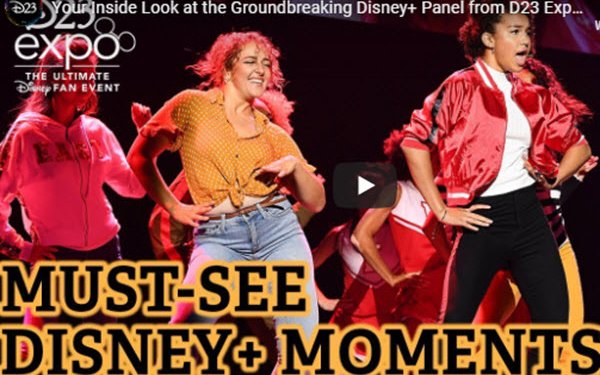 Disney continues to reveal specifics about the upcoming Disney+ service that up the ante versus Netflix and other major players in the space.

The stand-alone subscription for the new streaming service, to debut domestically on November 12, also will enable concurrent video streaming on up to four registered devices.

Netflix subscribers have to pay for its premium plan, at $15.99 per month, to get 4K and four streams. Its standard $12.99 plan includes HD and two simultaneous streams.

Disney+ movie premiere exclusives will include "Phineas and Ferb The Movie: Candace Against the Universe,” and a collection of shorts, available at launch, called "Forky Asks A Question."

Disney also debuted trailers for previously announced projects that will be accessible to Disney+ subscribers, including "High School Musical: The Musical: The Series"; the reboot of “Lady and the Tramp”; Lucasfilm's "The Mandalorian," "Encore!" and National Geographic's "The World According To Jeff Goldblum."

Disney’s D23 site has a write-up of the full lineup revealed at the expo.