'The Athletic' To Offer Limited Free Content With Advertising 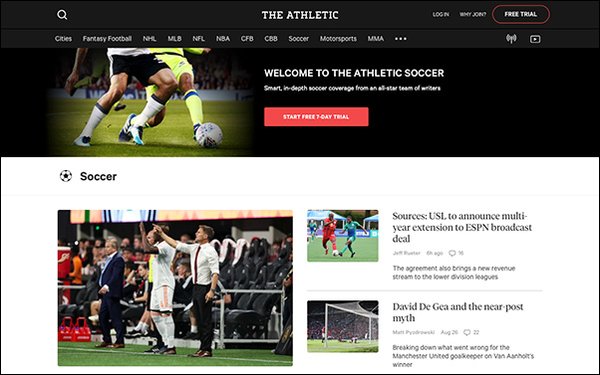 Subscription-based multiplatform digital sports media company The Athletic is about to begin releasing some of its audio content for free, reports Axios.

One podcast episode a week will become available in front of the paywall and one behind, as part of the new plan.

The plan, which will also see the inclusion of a small amount of advertising accompanying the free content, is an effort to expand The Athletic’s audience. It's reaching out to those less likely to try the service through a free trial or promotion.

The company has been busy building its podcast and video business of late and expanding into new markets.

In April, The Athletic launched 20 new podcasts  focused on specific teams and cities, including the NBA, NHL, NFL, MLB and fantasy sports and the Bay Area and Toronto.

Earlier this month, the outlet announced it was opening a U.K. division to be led by Ed Malyon. The U.K. outfit counts around 50 editorial staffers.

Axios reports The Athletic has its sights set on reaching 1 million paid subscribers by year's end.

Subscriptions to The Athletic range from $3.99 a month for an annual subscription to $9.99 for a month-to-month. The company reports a 90% renewal rate among subscribers.
podcasts, sports, web sites
Next story loading