'The Athletic' Expands To The U.K. 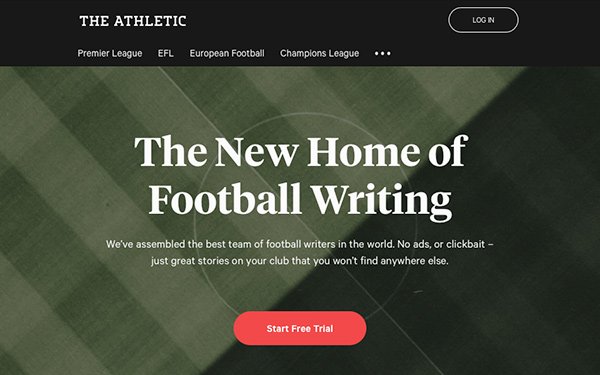 Just a week after announcing it has reached over 500,000 subscribers, sports news website The Athletic has expanded to the U.K.

The Athletic’s U.K. division is led by Ed Malyon, the former sports editor at the Independent, who will serve as managing director, according to Press Gazette.

Alex Kay-Jelski is the editor-in-chief. He was a former sports editor for The Times and Daily Mail.

The Athletic has been staffing up on the other side of the pond for months. It will have about 50 editorial staffers working for its U.K. operation, with at least one dedicated reporter for every Premier League soccer team, as well as coverage of the Football League, Scottish Premiership and local teams.

The Athletic launched in 2016 in Chicago and now has about 450 full-time writers and editors.

The Athletichopes to double its numbers to 1 million subscribers by the end of this year. Subscribers pay $5 a month to access ad-free content online.