Thumbs Up And Thumbs Down: This Summer's Best And Worst 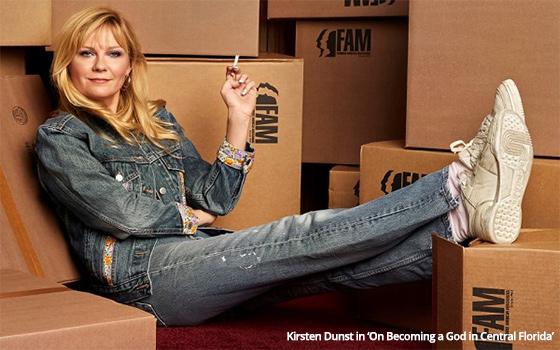 It felt like déjà vu all over again when the new Showtime drama series called “On Becoming a God in Central Florida” emerged as this summer’s best new show here in the TV Blog.

It was certainly the best reviewed of the roughly two dozen new shows that earned reviews here since the end of the regular TV season in May.

“On Becoming a God” revived memories of last summer’s best show, the quirky AMC series called “Lodge 49,” which premiered a year before, in August 2018.

Both were smart, literate “slice of life” dramas inspired by the way people really live. Kirsten Dunst (pictured above) is the star of “On Becoming a God,” and she delivers one of the best performances you will likely see anywhere on TV this year.

What else scored well this summer? The TV Blog loved “The Righteous Gemstones,” HBO’s hilarious new comedy about a family of televangelists from the outrageously comic mind of star and series creator Danny McBride.

The other comedy that got a thumbs-up review here was “What Just Happened??! With Fred Savage,” the Fox satire of pseudo-serious, fan-focused “aftershows” in which a show that just aired is dissected and discussed in excruciating detail. The TV Blog now hears this show has a snowball’s chance in hell of making it to a second season next year. Alas.

Of the new shows that received thumbs down here in the TV Blog this summer, the worst was probably Hulu’s “Veronica Mars” revival, a show that was as close to unwatchable as anything that has come along all year.

Among other woes, our review took the show to task for its vulgarity and its listlessness. It was as if everyone involved could not wait to get the work over with and go home.

Also way below par was the CW's sci-fi space drama called “Pandora,” whose special effects looked like they could have been produced by Sid and Marty Krofft (no offense to them; their shows were great, for the era in which they were made).

Also coming in for negative reviews here were: the tasteless home-renovation show called “Unspouse My House” on HGTV, the future-will-be-hell drama series “Years and Years” on HBO and the Boston-based cops-and-mobsters drama on Showtime called “City On a Hill.”

In fact, if “Veronica Mars” had not come along this summer, “City On a Hill” would have easily earned the title of this summer's worst show.

Some shows were just downright forgettable. These included “Reef Break,” “Holey Moley” and “Family Food Fight” (ABC); and “Bulletproof” (CW). Remember them? I didn't think so.

CBS's randy romance reality show, “Love Island,” deserves special mention here. It was the kind of show that people cite when they talk generally of the stupidity of television and need an “Exhibit A.” Well, here it is (or was).