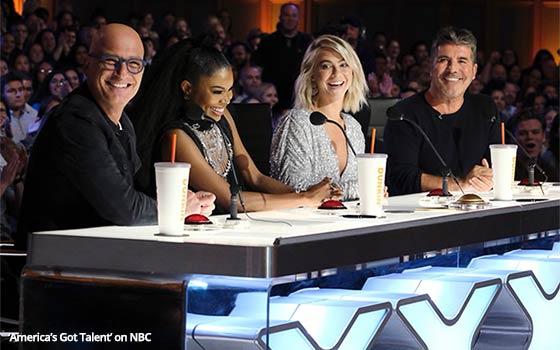 With about one month to go before the new 2019-2020 broadcast TV season starts, traditional broadcast TV networks continue their mostly steady viewer declines.

NBC is posting a Nielsen 1.4 rating/7 share for the key 18-49 TV viewership category that many advertisers still desire.

But it is down 22% in ratings versus the same period the year before. NBC delivered strong numbers in the 2017-2018 TV season, when it aired both the Winter Olympics and the Super Bowl.

CBS sits in second place in 18-49 with a Nielsen 1.3/6. But unlike most networks, the numbers are virtually the same versus a year ago.

This season, CBS aired the Super Bowl -- as well as having strong numbers from the semifinals/finals games of the NCAA “March Madness” men’s college basketball tournament.

ABC was down 14% from a year ago -- with Fox slightly up, virtually the same from its 1.2/5 rating and share of a year ago. Fox's new programming addition this season was airing all 11 of the NFL’s high-rated “Thursday Night Football” this past season.

CBS also endured less declines when it came to total prime-time viewers -- where it perennially leads all networks -- down just 3% to now average 7.62 million viewers. Again, the Super Bowl and NCAA programming were factors.

Overall, total average prime-time results from these six networks were down 7% to a total 27.62 million viewers.