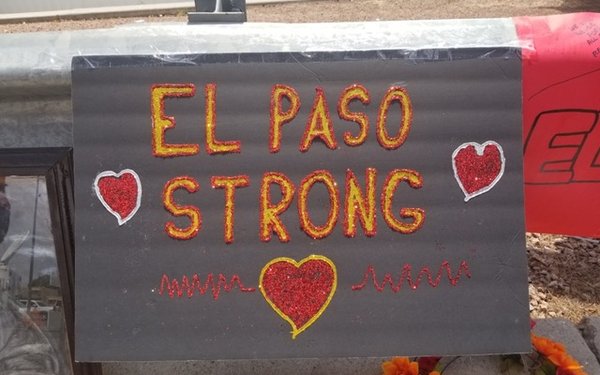 In response to last month’s deadly shooting incidents in two of its stores, Walmart issued new corporate policies that could roil much of its gun-loving customer base.

The retailer, the largest employer in most of America’s red states, announced that it is limiting the guns and ammunition it will sell. It’s also stopping people from entering stores while openly carrying weapons.

Perhaps most startling, Walmart is galloping straight into political policy, saying it will pressure the White House and Congress to enact gun restrictions that might well have been taken from the Democratic party playbook.

And while the Bentonville, Arkansas-based retailer certainly knew there would be immediate cries to #BoycottWalmart, the tone of its announcement was deeply personal, seemingly aimed as much at Walmart’s 1.5 million employees as its customers. “We experienced two horrific events in one week, and we will never be the same,” says Doug McMillon, its president and CEO, in the blog post announcing the changes. “It’s clear to us that the status quo is unacceptable.”

Brand experts, while acknowledging the blowback may be considerable, praised the move. “It’s easy to look at Walmart as a giant corporation, and it is,” says Bryan Gildenberg, chief knowledge officer at Kantar. “But it is having a human response, and this is the right path.”

“Walmart has done the right thing for the long term,” agrees Phillip Haid, founder and CEO of Public, a Toronto-based agency that focuses on purpose. And while he acknowledges that people will interpret the announcement as political, “this is a courageous move in that it does try and walk a middle line."

McMillon’s announcement outlines the company’s specific response to the escalation of mass shootings, beyond those that claimed the lives of 22 people in an El Paso, Texas store, and two people in a Southaven, Mississippi store. It plans to discontinue sales of all handgun ammunition, ammunition used in large-capacity clips on military-style weapons, and to stop selling handguns in Alaska.

In the 31 states where it is legal to carry firearms openly, Walmart joins brands like Starbucks and says it will now ask customers not to bring weapons into Walmart or Sam’s Clubs stores unless they are authorized law enforcement officers.

Walmart also called for stronger background checks, taking weapons away from those who pose an imminent danger, and a ban on assault weapons. “Today, I’m sending letters to the White House and the Congressional leadership that call for action on these common-sense measures,” Doug McMillon wrote. “As we’ve seen before, these horrific events occur and then the spotlight fades. We should not allow that to happen. Congress and the administration should act.”

Despite the NRA’s response, “it’s apparent that the narrative around gun safety in the U.S. is shifting, at least to some degree,” says Gildenberg. “And while Walmart is certainly aware that many of its customers are gun owners, an overwhelming plurality of Americans support these common-sense measures.”

A recent Quinnipiac poll, for example, found that 92% of Republicans support background checks for all gun buyers, as do 94% of Americans overall.

Walmart has been amending its gun policies for years, without risking the ire of pro-gun consumers. It stopped selling handguns in 49 states back in the 1990s, and military-style rifles such as the AR-15 in 50 states in 2015. It has raised the age limit for guns and ammo to 21, and it videotapes gun transactions.

Still, the company reiterated its commitment to selling long-barrel deer rifles and shotguns. And it says it believes the changes will reduce its market share of ammunition from 20% to a range of approximately 6% to 9%, drifting to the lower areas over time.

“Banning all gun sales would be unrealistic and not in line with what its customers want,” Gildenberg says. “It could have gone in several different directions, but it chose the least-bad choice.”

Just as sales declined at CVS when it stopped selling tobacco, Walmart will feel that loss, says Gildenberg. But whether it will get stung by gun owners boycotting and buying their grocery and clothing somewhere else is another matter. “We don’t have any data that boycotts like these have much impact,” he says. “The one exception might be the National Football League, and even that data is murky, at best.”

Haid also doubts the outcry will result in any meaningful loss of business. “It’s just too inconvenient,” he says. “Look at Facebook. Many people disapprove of its behavior, and there’s so much negativity -- but its ad revenue keeps rising because we all still use it. I don’t think people who boycott Walmart will do so for long enough for it to have an impact.”

Meanwhile, grocery chain Kroger, facing a lawsuit following a fatal shooting in a Louisville, Kentucky store, followed Walmart’s announcement with one of its own, asking shoppers not to carry firearms openly into its stores, unless they are law enforcement officers. And, "we are joining those encouraging our elected leaders to pass laws that will strengthen background checks and remove weapons from those who have been found to pose a risk for violence,” it says in a statement.