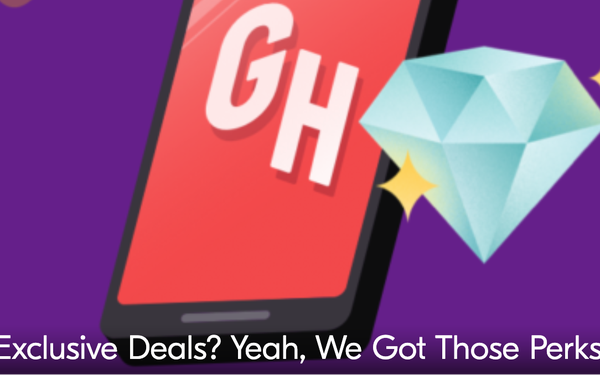 Located at the bottom of the screen on both apps, Perks offers two options. “Redeem” lists all restaurant rewards available for immediate use within a given vicinity, while “Earn” lets users enroll in restaurants’ loyalty programs and track their rewards.

App users who tap on Redeem are shown a list of restaurants and the discounts they are offering via Grubhub. Initial offers for free food include a Cheesy Gordita Crunch from Taco Bell, Original or Cinnamon Sugar Pretzels from Auntie Anne's, one dozen Cheddar Bay Biscuits from Red Lobster and a free 20-ounce smoothie from Smoothie King.

Perks also integrates with existing restaurant loyalty programs so that diners can earn and redeem points digitally as well as on-premises.

In a recent Bond Brand Loyalty survey of 55,000 U.S. consumers, respondents on average had enrolled in approximately 15 loyalty programs across an array of product and service categories -- yet they were only active in about seven of them. Some 44% of respondents said they were “very satisfied” with their dining loyalty programs.

Christian Selchau-Hansen, CEO and co-founder of Formation, a software provider that works with brands on personalized marketing and consumer loyalty, sees Grubhub’s latest move as a response to a food delivery industry that has become increasingly competitive and commoditized.

“Grubhub is trying to make itself more of a destination app rather than just a purely utilitarian tool,” Selchau-Hansen tells Marketing Daily. However, diners likely will end up taking their business to whichever restaurant has the biggest deal, creating a race to the bottom, according to Selchau-Hansen.

“The pain will be particularly acute for smaller restaurants, which don’t have the marketing budgets to stimulate demand through other means,” he says. “And they’re in a Catch-22. On the one hand, Grubhub gives smaller restaurants visibility they may not otherwise be able to achieve; on the other hand, it may suck them into a price war they cannot ultimately win.”

In a news release announcing Perks, Grubhub Founder and CEO Matt Maloney said, “Restaurants have always used free food as a perk for their VIP diners to keep them happy and coming back. We have now extended this practice to Grubhub diners by building loyalty tools so our restaurant partners can promote their restaurants more aggressively on our marketplace and reward their best digital diners as well.”

The news release stated that Perks will feature “hundreds of millions of dollars In free food” but did not elaborate. Marketing Daily reached out to Grubhub for clarification on that figure but did not get a response by deadline.