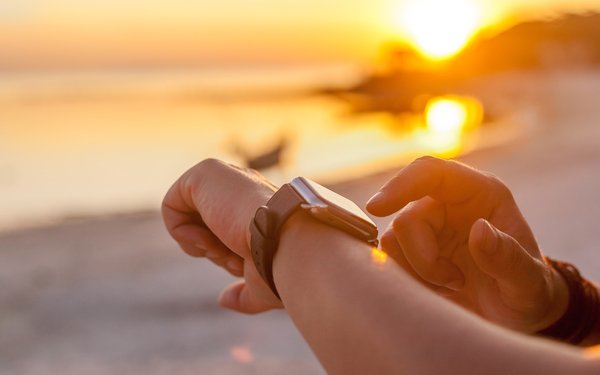 While the Internet of Things is pretty much everywhere, it’s becoming even more prevalent on consumers’ wrists.

Shipments of wrist-worn wearables, comprising smartwatches and wristbands, reached 34 million devices in the second quarter, a 29% increase from a year earlier, according to the International Data Corporation (IDC).

The market is dominated by five companies (Xiaomi, Apple, Huawei, Fitbit and Samsung), which account for 66% of the entire market.

Xiaomi, the Chinese company that focuses almost exclusively on low-cost wristbands, leads the market with 17% share, shipping 6 million units in the quarter.

Closely behind is Apple, with 15% market share for the quarter, shipping 5 million devices. While Apple lags a bit in devices shipped, the average selling price of an Apple Watch was $448 during the quarter, according to IDC.

Apple Watch shipments are projected to grow by 11% by the end of this year, accounting for 39% of all smartwatches shipped.

By market share, Huawei is third, shipping 5 million units for 14% share, Fitbit 4 million for 10% share and Samsung 3 million for 9% share. The number of smartwatches shipped (67 million) was larger than the number of wristbands (63 million).

Rather than looking at PC and smartphone screens, consumers are learning to check the screen on their wrist.