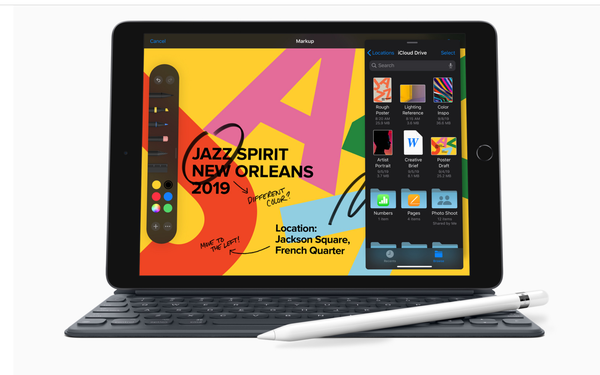 For the first time ever, sales of personal computing devices including PCs, desktops and tablets are expected to decline, at a compounded annual rate of 2.4% from this year through 2023, says new research from International Data Corporation.

In fact, overall sales of traditional PCs and traditional tablets will fall below 400 million in 2020 — the first time that’s happened since 2010, the year the original iPad launched.

But the trend isn't always clear-cut.

IDC says “2-in-1” devices and ultrathin units will grow 5% collectively over the same time period. Those 2-in-1 devices are essentially laptops or tablets that have detachable keyboards or screens, like the iPad Pro, Google Pixelbook of Microsoft Surface Book, among many other brands.  Apple announced a new $329 iPad at its big presentation Monday that offers a detachable keyboard sold separately. (shown above).

The popularity of 2-in-1s  has increased as video viewing has become commonplace, and the once mostly workmanlike laptop became a device for entertaining, too.

IDC seems to be betting on the iPad detachable to gain ground. It predicts a “splintering” between Apple and Microsoft among the detachable tablets competitors. But it says it “expects [Apple’s]  iOS detachables will capture almost one quarter of the 2-in-1 market throughout the forecast” period.

"Apple's support for a physical keyboard by adding a smart connector to the 2019 iPad and the launch of iPadOS will help to further cement detachables as a viable alternative to modern notebooks and convertibles," said Jitesh Ubrani, an IDC research manager, in a statement.

He also noted concerns about President Trump’s tariff actions has “many vendors trying to put product into the channel early, so the real focus will be monitoring sellout for the remainder of the year and into 2020."<