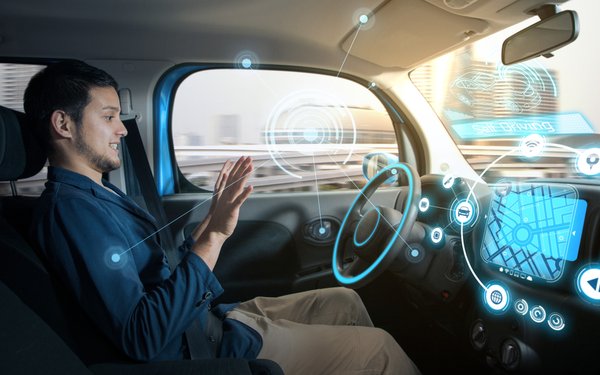 Most Americans enjoy the act of driving their vehicle and remain unfamiliar with semi-autonomous features currently available, like adaptive cruise control.

That’s according to a study from Ipsos, which uncovered interesting insights on how drivers feel about self-driving cars.

Research confirms new car buyers are simply not ready to hand over the driving responsibilities to their vehicle, even for a short amount of time, says Todd Markusic, vice president, Ipsos Mobility.

“A key and possibly overlooked revelation is that almost 70% of new car buyers simply enjoy driving,” Markusic says in a release. “They have spent a lot of money on their vehicle and want to drive it. That is the feature.”

The Global Mobility Navigator Syndicated study is comprised of three modules, with the first focusing on autonomous driving. The newly released module contains results from over 20,000 new car buyers from 10 countries. Module two and three are yet to come and will focus on electrification and shared mobility.

While there are enjoyment factors to consider in the autonomous future, consumers also have safety concerns. One concern is pedestrian safety as well as the safety of other vehicles, according to the study. The driver’s own safety is a slightly lower concern. Meanwhile, if a driver did use the autonomous mode, 44% said they would still remain focused on the road. This implies a lack of trust in the system’s ability to safely self-drive.

Another big worry for consumers is the security of the vehicle’s data, with the possibility of someone hacking into their self-driving system and causing an accident.

The auto industry is also battling an awareness issue with the new technology. Globally, only 15% said they knew a fair amount about autonomous features, while only 10% of American vehicle owners are familiar with such features.

“Getting vehicle owners to actually experience how good these systems truly are would have a tremendous impact on changing consumer perception relative to autonomous [driving],” Markusic says. “Meanwhile, only 30% of new car buyers in the U.S. have a positive opinion of the autonomous mode feature and only 25% would consider the feature in their next vehicle.”

The study revealed drivers would be interested in certain connected car features today. In a list of 16, the top-rated selection was the accident avoidance feature. This would automatically apply the brakes and steer a vehicle away from obstacles in an accident. The study also uncovered a strong correlation between interest in a feature and willingness to pay for it.

As automakers continue to invest in technology, they might consider directing more money and attention toward marketing and education, so consumers actually understand how to use the features the vehicles of today already have.