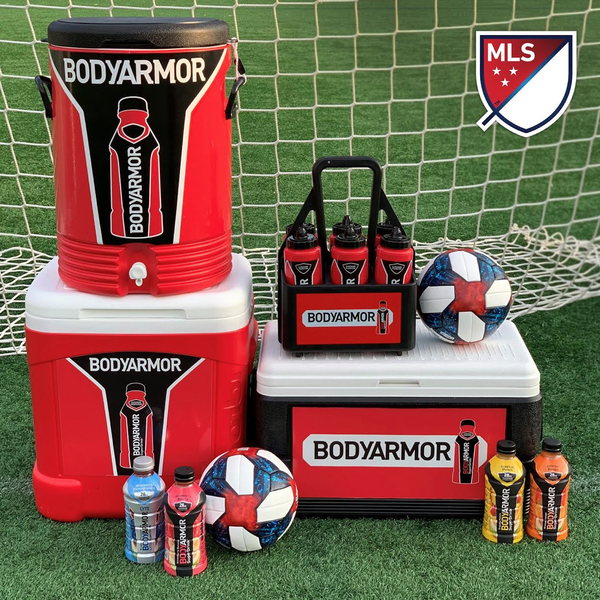 The beverage is now the league’s official sports drink partner in the United States and will be featured at the inaugural Leagues Cup Final Sept. 18, with the formal partnership commencing in January 2020.

BodyArmor will hydrate MLS players in locker rooms and in training facilities. The company’s logo and branding will be featured on coolers, cups, squirt bottles and towels on MLS sidelines within the territory starting in 2020. BodyArmor and MLS will also collaborate on exclusive custom content and key media integrations featuring top MLS players and BodyArmor athlete partners.

“BodyArmor is an incredible supporter of the league and recognizes the value of the game and the vital role hydration plays for our athletes,” Ladd tells Marketing Daily.

The wide-ranging partnership extends BodyArmor’s presence beyond MLS to the Leagues Cup and Campeones Cup, annual competitions pitting the two best soccer Leagues in North America against each other on an annual basis.

Now the second most popular sports drink sold in convenience stores nationwide after Gatorade, BodyArmor is on track to eclipse $700 million in retail sales by the end of 2019, according to the company.