How Apps Can Actually Make Money 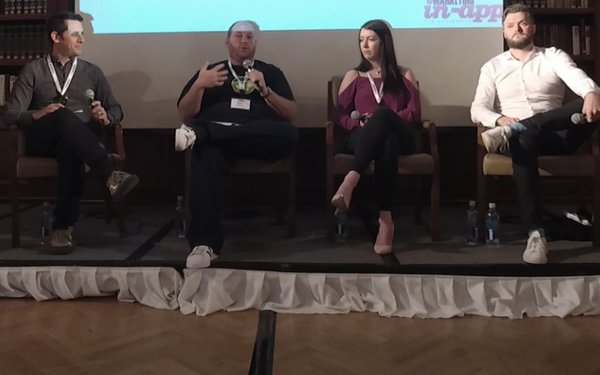 One of the more interesting things we learned today at our Marketing In-App conference in New York is that companies are better off using a subscription model than selling an app in the store because your tech guy isn't going to want to help a user "who won't be giving you a dime for the rest of your lives."

That observation came from Mike Brooks, SVP of Revenue at WeatherBug, who noted the brand has had a web presence for nearly 20 years. "We didn't have a paid subscription until a few years ago," he said. "We had put the product in the store. It was a huge mistake." He advised app developers to focus on subscription.

As for Richard Welch, head of programmatic and advertising at Flipboard, he said the brand is not as invincible as it once was several years ago. "Our UA guy has his hands full keeping our user base [of 100 million] steady. We rely on partnerships pretty heavily. Samsung distributes our app so we don't do UA." Instead, Flipboard evaluates the value of its users and their "stickiness."

"People who are 30 minutes deep into a session cannot be monetized," he said, adding that those who are on the app for two minutes are seeing more ads. It's a concept that is difficult to explain to a client or potential client.

"Tools are incredibly important in revenue growth, said Brooks. "We look at App Store optimizing, product analytics, marketing automation ... . When I joined WeatherBug, I had this vision about dumping money into UA, then I realized everyone underestimates how big the hole is in the bucket. Our bucket was much leakier than we thought. UA and retention metrics are the only way to be successful. We're spending time and money shoring those up."

"The challenge is that metrics can be incompatible with a mobile app," said Welch. It is frustrating for clients who don't realize they  can see all the data they want. From a growth perspective, he said one should make sure the app is interacting with the rest of the ecosystem. Flipboard had a good relationship with Twitter but it wasn't working well to share articles. It would force people to download the app first, which is a bad user experience.

"So we're willing to let people view article on the desktop or mobile because we want sharability," he said. Now, there's a Flipboard button alongside Facebook, Twitter and Pinterest buttons on article. "That's huge. Network effects is what our growth guy called them. Sharing is snowballing. It's our strategy for the next couple of years. Flipboard is now the #4 referral source to publishers. That's a nice feather in our cap."