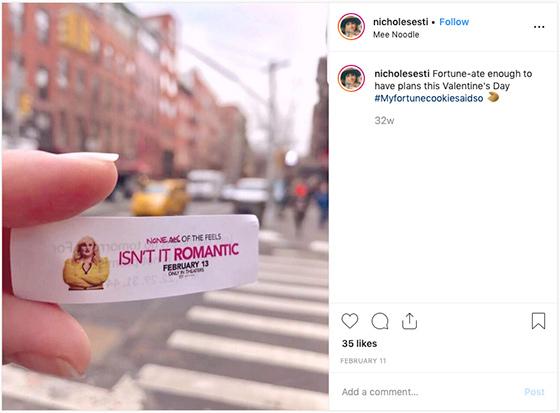 For several years, potential clients and agencies concluded that OpenFortune, which places brand messages within fortune cookies in 19,000 Chinese restaurants, was a "cute concept" destined to remain a niche or one-off stunt company.

Last summer, however, Capital One changed its fortune by proving proof-of-concept nationally to demonstrate the company is a mini billboard channel. "Now, we find ourselves playing in the OOH space with clients using their same OOH budgets," says OpenFortune founder Shawn Porat.

Although things are looking up, Porat and his cofounder Matt Williams describe the arduous battle to challenge conventional wisdom about their nontraditional advertising channel. Their path serves as a cautionary — but positive — tale for those seeking to transform Adland still clinging to its "Mad Men" roots.

One of the biggest hurdles was convincing advertisers their company was relevant beyond movie and entertainment companies. Many advertisers said they weren't interested because their movie clients didn't feature scenes with Chinese food or fortune cookies, says Porat. Williams adds that others would dismiss them by explaining they had no campaigns aimed at Asians, erroneously believing that "only Asians eat at Chinese restaurants."

After encountering enthusiastic but ultimate dismissals from agency staffers, OpenFortune found more success by connecting directly to brands, including the Capital One client. These relationships provided enough "proof" to agencies; now more than 900 agencies have reached out to the company within the past four months, says Williams.

"They recognize the potential for engagement," he adds.

To be fair, while the lack of business over the years may have been disheartening, OpenFortune needed time to better adjust to agency preferences and refine their pitch. This meant building a database to track all 19,000 participating restaurants so clients can specifically identify set characteristics, including age, sex, education level, income level, marital status, occupation, religion and other demographic factors, as well as order size, explains Porat.

When a movie client, for instance, declines to participate by explaining its non-Chinese food scenes, OpenFortune counters by telling them to explore whether it is a better return on investment for one large billboard or hundreds of thousands of their messages inside a cookie. OpenFortune currently starts at $6 CPM, competitive to other traditional OOH formats, and comparatively cheaper than the typical $150 CPMs for pizza box advertisements. This value exchange is greater now the company provides full-scale color printing. The company states it delivers 300 million impressions monthly.

There are only "a handful" of OOH billboards in NYC's Hell's Kitchen, but OpenFortune can reach these same residents through dozens of local restaurants, says Porat. "And people look at these messages. We have a 99% open rate."

Williams adds nearly everyone has their phone sitting next to them when they eat, making it natural to have cross-platform engagement and activation. To that end, a recent campaign with Dentyne provided a text number delivering a coupon code for Walgreens.

Today, OpenFortune's elevator pitch is miniaturizing and digitizing billboards. Instead of consumers walking or driving by one block-sized message, tiny individual ones are delivered either in a delivery bag or at the restaurant. The fortunes themselves are all developed in house by OpenFortune, further enabling client customization and control.

All cookie slips retain traditional quirks, like optimistic visions for the future, as well as the iconic lucky numbers on the front side. The back contains the brand message. Porat notes  most brands are shrinking down the creative they've been using on traditional formats to "perfectly fit on the fortune-cookie slip."

OpenFortune  is also growing its distribution footprint. Some 97% of Chinese restaurants are independently owned, making it a never-ending climb to entice participants. Many clients think we have chains on our network, like Panda Express, but we only have mom-and-pop shops, says Porat.

At first, most restaurant operators were suspicious, he says. People would think we were going to cheat or mislead them. Just as it has become easier for clients to see results, it is easier for restaurants to understand the value proposition. Participating shops are invited to sign up through two options, either receiving cookies for free directly or landing discounts through a distribution network.