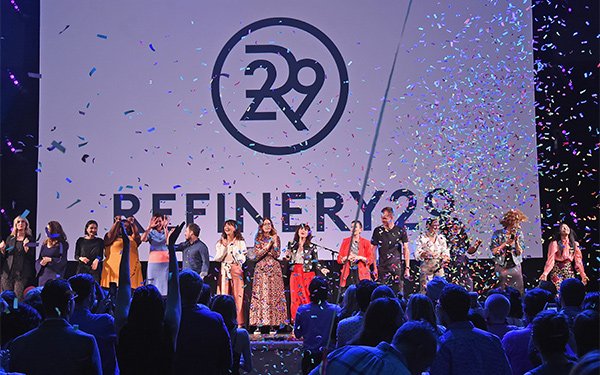 This story has been updated to reflect Vice signing an agreement to acquire Refinery29.

After The Wall Street Journal reported last night that Vice Media was close to a deal with Refinery29, the media companies announced today they have sealed an agreement to merge.

The value of the deal was not disclosed, but it is expected to close by the end of 2019. Vice Media CEO Nancy Dubuc and Refinery29 Co-CEOs Justin Stefano and Philippe von Borries signed the deal.

The acquisition will result in a 20% investment in premium content across all platforms, Vice Media reports.

There was no word on how many layoffs the acquisition could produce. Leadership organization will be announced after the deal has closed, with Refinery29 business execs reporting to Dubuc.

With the merger, Refinery29 will have the opportunity to expand to 30 additional global locations. Currently, Refinery29 and Vice Media each have offices in Los Angeles, London, Toronto and Berlin, which Vice Media says are complimentary.

Refinery29 brings a robust portfolio of verticals covering fashion, beauty, money and lifestyle, and popular life experiences, like 29Rooms, which has sold more than 100,000 tickets to date.

The addition of Refinery29’s event business is expected to boost Vice Media’s. Refinery29 also brings a slate of original film and TV projects, like "Shatterbox" and the series “Pride,” set to air on FX.

Refinery29 will work in conjunctions with Vice’s Studio business to continue to produce original content, talent and IP.

Additionally, Refinery29 brings an affiliate and ecommerce business that has grown 150% year over year.

Dubuc stated: “Bringing together our companies signals a new era of lasting change in digital media. We are doubling down on the power of brand, voice and experience — things our audience puts trust in — as we strengthen our position for a competitive future.”

The merger marks an impressive digital division expansion for Vice Media. Vice Media Group’s global audience is set to increase by 17% to 350 million unique monthly views, the company claims, with 1,700 pieces of content to be published daily.

With the addition of Refinery29’s Snap Discover Editions, Vice Media Group’s Snap subscribers will double at a time when Vice’s views are up 30% year-over-year.

Refinery29, founded in 2005 and an early voice in women-focused digital media, will remain a distinct brand within the Vice Media Group umbrella, which includes Vice News, i-D, Garage, Vice.com, among various divisions.

“Along with our cofounders Christene Barberich and Piera Gelardi, and our incredible team, we built Refinery29 with a mission to represent and inspire women. Over the past 15 years, we have been at the forefront of redefining media, achieving great scale in our digital business, while successfully diversifying from live events to originals,” said Philippe von Borries and Justin Stefano, CoCEOs, Refinery29.

“This transformational partnership will allow our mission and business to flourish further. We are proud to partner with Nancy and VICE Media Group, and we are confident that together, we will be able to expand our vital role in shaping culture and positively impacting the world for young people everywhere.”

The deal would also allow Vice Media to use its global reach — 60% of Vice Media’s audience and around 50% of revenue comes from outside the U.S. — to build up the combined brands.

The acquisition would bring Vice Media a much-needed source of revenue. Both companies have worked over the past year to increase revenue and shrink losses. The WSJ reports that Refinery29 raised around $8 million out of a needed $20 million in convertible debt financing.

The potential acquisition was first reported in July.

The news of the pending merger follows last week’s news that Vox Media had acquired New York Media, looking to the latter’s ecommerce capacities as a boost to its revenue. Via the merger, Vox Media will offer a wide-ranging suite of products and platforms, including digital, video, audio, events, commerce, print, lead generation and display.
m&a, web sites
Next story loading