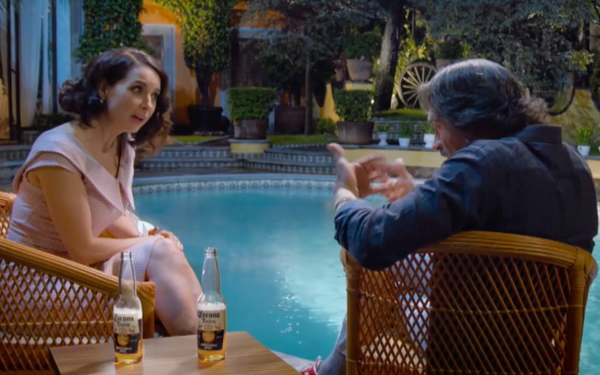 Consumers are getting used to seeing brands injected into entertainment, from movies to video games to playlists. So it was just a matter of time before someone tried to link the mood of a given scene to its impact on brand perception.

A study Mirriad did in partnership with Spark Neuro, an applied neuroscience firm, measured the impact of emotions generated by entertainment content on brand value. It looked at products that included potato chips, Lysol disinfectant wipes and Jeep Wrangler.

Beringer tells Marketing Daily this research is important because it builds on the basics. “We already know a lot from contextual analysis. We wouldn’t put a bottle of beer or jar of baby food on a conference room table, for instance. And we can also predict where people’s eyes will go in any given scene.”

What’s been missing, though, is a measurement of how viewers’ feelings might impact the way they see a brand in a particular scene. “We didn’t know that emotional layer,” says Beringer. “We wanted to identify the emotions that deliver the best launchpad or trigger.”

In the first part of the study, Mirriad put products and signage into content likely to spark the specified emotions, then asked 900 participants to assess the impact.

For food and drink brands, sadness is most effective at raising a brand’s value, with an average increase of 17%. (A bag of chips inserted into a very sorrowful scene between a mother and child boosted valuation 27%.) For cars, including Jeep, anticipation worked best, with value rising 7%.

Beringer says some of the findings were not what he expected. Scenes that triggered joy, for example, generated a 16% lift in value for Lysol Wipes. But generating disgust worked even better, with a rise of 22%.

This research assumes that most people are working off the same palette of emotions. Beringer says he’d like to look more closely at demographic differences, but this sample size isn’t strong enough for that type of analysis yet.

He says the research is important because it underscores “that emotion is at the core of the way we respond. Sometimes, in the ad community, that gets a little suffocated by data."