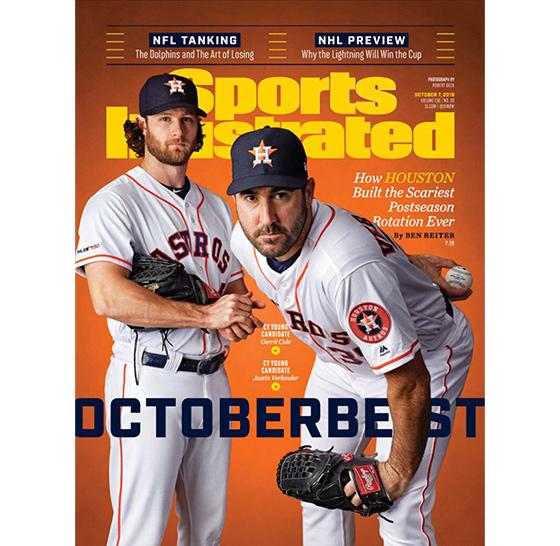 Yesterday , Stone said he was exiting five months after the publisher was acquired by Authentic Brands Group for $110 million from Meredith.

In June, ABG licensed the media operations to Maven, an ad platform and media company.

Cannella and Hunt sent an email to Sports Illustrated employees yesterday, noting the media company "has been operating in transition mode" for nearly two years.

SI has been "continuing to produce excellent work on every platform while awaiting new owners, new vision, new strategy and a new future,”  they wrote. “We’ve been working overtime with [SI CEO] Ross Levinsohn and the rest of the Maven team on strategy and planning for the new SI," they wrote.

Their plan is to invest in a "more robust digital platform that brings SI’s name and prestige to coverage of pro and college teams at the local level."

They also mentioned a "premium product" magazine, a newsroom that can produce everything from "speedy and unique analysis of breaking news to "a long-form feature six months in the making or in-depth local coverage of your favorite team."

Until ABG, Meredith and Maven can finalize negotiations around the management of SI's operations, "it’s difficult to outline those plans and strategies with as much specificity as we’d all like," Cannella and Hunt admitted.

“We know you have questions, and we know the newsroom rumor mill is at peak capacity,” they added. “We know how uneasy everyone in the newsroom feels, and we promise to communicate as clearly as we can at every step in this process."

The Wall Street Journal is reporting that Maven plans to eliminate more than 40 positions at Sports Illustrated as early as today, and eventually hire hundreds of contract workers to cover sports.

Other reports say as much as 50% of the full-time staff will be let go.

Maven did not immediately respond to requests for comment.