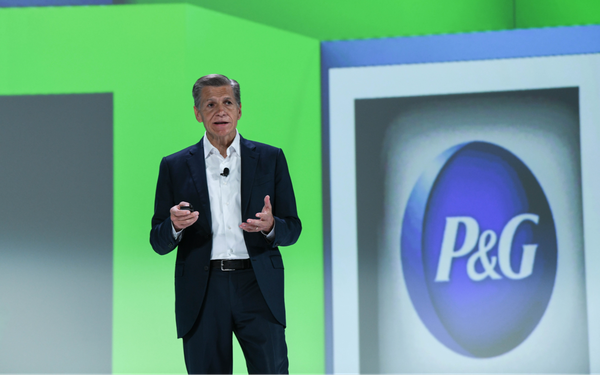 Pritchard, who spoke at the Association of National Advertisers Masters of Marketing conference, was re-elected chairman of the organization’s board of directors and will remain in that position until the end of 2021.

“We know we operate in a perpetual state of disruption,” he told the 3,000 conference attendees. “Thousands of start-ups form every day. TV reach keeps declining. Trust in digital media is eroding and over-the-top streaming is growing exponentially.”

“What’s the best way to deal with disruption?  Lead it,” Pritchard says. “But we lead constructive disruption. Constructive is a carefully chosen word.  It’s one thing to disrupt and destroy value, but our job is to disrupt in a way that drives growth and creates value.”

P&G is taking more control of its marketing, he says.

The company is calling for control over content quality, including moderation of editorial comments to eliminate hateful and toxic speech, common consumer privacy standards and data transparency across media platforms to stop excess ad frequency that annoys consumers and wastes money.

“Those who meet these standards will be preferred providers and will be first in line for investment,” he says.

The company is “reinventing media,” moving from “mass blasting” with a lot of waste to “mass reach with one-to-one precision” through data, analytics and digital technology, he says.

“Our consumer database enables advanced programmatic media buying that finds people with the highest propensity to buy and reaches them without annoying ad frequency,” Pritchard says. “China is our most sophisticated market, with 80% of digital media bought this way.  Last year, they reduced 30% in digital media waste and increased the number of people reached by 50%.”

Data enables greater TV effectiveness and efficiency. By analyzing set-top-box data, U.S. Tide found it was reaching the same household 22 times a month, so it cut off the excess and placed ads with greater precision in programs to avoid the annoying experience of seeing the same ad over and over again, he says.

“In the past five years, we’ve achieved substantial media savings and efficiencies which we’re reinvesting to reach even more people,” Pritchard says. “We’re disrupting the definition of the ‘world’s largest advertiser’: It’s not who spends the most, it’s who reaches the most people efficiently and effectively to drive growth.”

Reinventing advertising means reinventing agency partnerships, moving from brand people outsourcing too much work to “brand entrepreneurs” with their “hands on the keyboard,” he says.

The company is doing more in-house media planning, up to nearly 30%. P&G is implementing “fixed and flow” agency models, with a “fixed” amount of work at a core partner that requires experienced creatives, supplemented with a “flow to the work” approach through flexible sourcing from smaller, more agile shops.