What is CTRL-Labs, And Why Did Facebook Buy It? 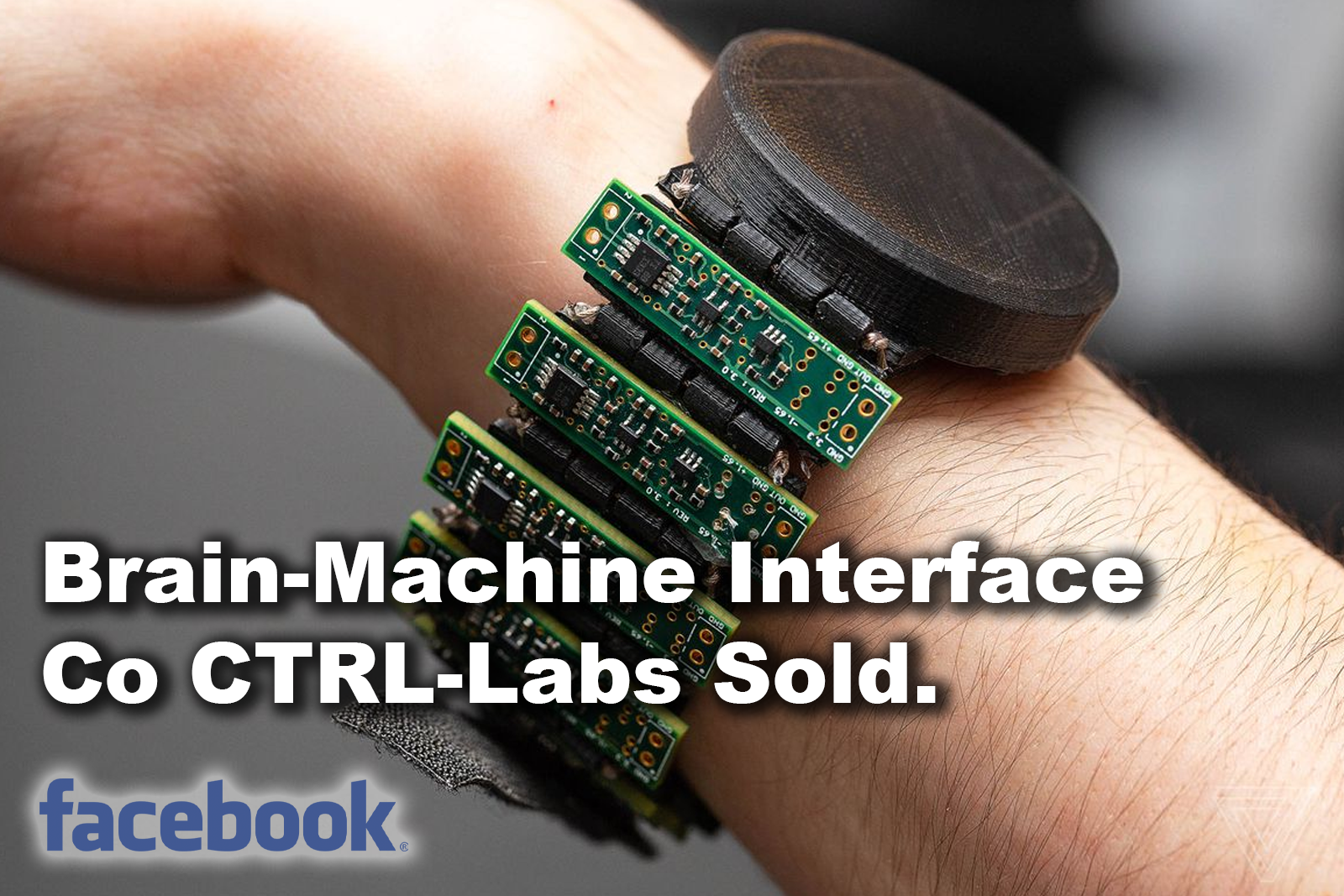 When you meet Thomas Reardon, you know one thing straight away: He reads tons of science fiction.

The ideas he has, and the company he’s built, comes straight out of the pages of William Gibson’s novel “Neuromancer.” In the book, written in 1984, characters' brains can connect directly with computers. It’s fun, but out there. But now, not so much.

The area of study known as BMI — brain-machine interface — is now delivering real results. In neuroscience, BMIs are electric networks that can send a person’s brain signals to a computer. This computer can then be taught to read these signals and use them to perform a variety of tasks.

Reardon co-founded a New York startup that has been working since 2015 to innovate and commercialize BMI. In the past twelve months, it has begun to deliver extraordinary results. Reardon has been doing demos for small groups in mostly academic settings. People who’ve been in the room say that what they saw makes Gibson’s sci-fi future step off the page and into the real world.

Reardon and his team at CTRL-Labs are using signals from the brain as a powerful way to connect machines and the brain itself.  The tech could vastly improve a variety of computer/human connections including fast and accurate typing without fingers, previously audio controls like Alexa, and even virtual reality, where actions could be thought of rather than clicked or motioned with hands. There may be no better way to explore alternate worlds than with a BMI connection.

CTRL-Labs tech today begins with a wristband and an interface that can capture electrical signals generated as you move your hand and fingers. A virtual hand is used as an input device. "By focusing on the wrist, we don't have to deal with trying to find those signals in the brain, which is a noisy place,” Reardon told ZDNet.

Last week brought news that CTRL-Labshad been sold to Facebook. Early reporting said the sale price was a billion dollars, though Facebook has pushed back on that number without providing specifics. The deal is the most substantial acquisition Facebook has made since it acquired Oculus VR in 2014 for $2 billion.

The blogosphere was quick to criticize the deal, given Facebook’s complicated history regarding personal data and privacy. Headlines like: "Facebook Buys Mind-Reading Startup Ctrl-Labs For $1Bn” created a predictable stir.

Writing about the acquisition on his blog, Andrew “Boz” Bosworth, the head of AR and VR at Facebook, attempted to focus the acquisition’s use within the social network. According to Bosworth, CTRL-Labs’ wristband will be used to develop new ways to connect with computers, without needing traditional mouse-and-keyboard tools. “Technology like this has the potential to open up new creative possibilities and reimagine 19th-century inventions in a 21st-century world,” he wrote. “This is how our interactions in VR and AR can one day look. It can change the way we connect.”

Some consider brain waves to be the “new data.” And CTRL-Labs isn’t alone in the space by any means. Elon Musk launched Neuralink in 2016 and plans the first human test of its current BMI technology by 2020.

So, keep an eye on the emerging space known as BMI, because science fiction is fast becoming science fact.