Toys R Us Ties Its Comeback To Target 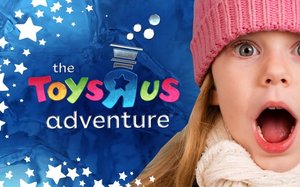 Toys R Us, which has been looking to make a comeback since its 2017 bankruptcy, is up and running in an ecommerce venture powered by Target.

When consumers visit the new Toys R Us website and click to buy an item, the site automatically links them to the same product page on Target.com.

The toy store is also planning a few experiential retail stores this season, slated for Houston and Paramus, New Jersey. If shoppers see something they like there, sales associates will help complete the transaction, and Target.com will fulfill the order.

The announcement comes as Target is making a flurry of significant changes. Besides the previously announced addition of Disney stores within select Target locations and a massive private-brand launch in grocery, it’s rolling out Target Circle, its massively reengineered loyalty program.

The Minneapolis-based retailer has spent the last year turbocharging its toy department and says it’s entering the holiday season with 10,000 new and exclusive items.

Target’s playful moves come as experts predict an increase in toy sales, as the category finally shakes off the aftermath of the Toys R Us meltdown.

NPD Group, the Port Washington, New York-based market research company, says it expects dollar sales in the toy business to bounce back from a 9% decline in the first half of the year.

“The sales trends for the first half of 2019 were distorted because of the comparisons to the first half of 2018, which is when the Toys R Us liquidation sales helped to increase toy industry growth,” NPD says in its report. “The gains in the back half will make up for almost all of those losses. Despite the lingering and minor evaporation from the loss of Toys R Us, the toy industry is poised for growth in 2020 and 2021.”

NPD predicts the categories that will lead sales growth through 2021 are action figures and accessories; arts and crafts; building sets; dolls; games and puzzles, and outdoor and sports toys.

For this year, it says it expects action figures -- driven by “Toy Story” and “Fortnite” -- and dolls to be among the strongest sellers. While doll sales have been treading water, NPD says it expects both L.O.L. Surprise! and Barbie to gain. The release of the movie “Frozen 2,"  scheduled for late November, is also likely to give the doll category new lift.