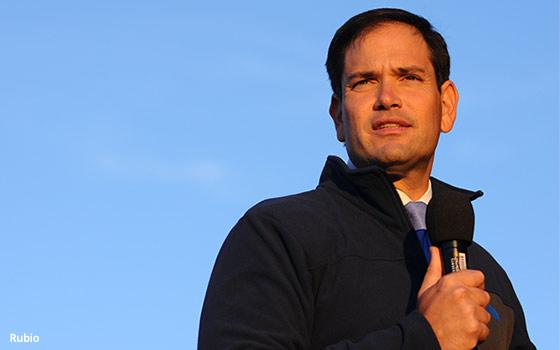 Rubio wants a U.S. national security panel to review TikTok’s acquisition by Beijing-based ByteDance Technology in 2017. At the time, TikTok was named Musical.ly.

“TikTok acquired Musical.ly … without any oversight and relaunched the service in Western markets,” Rubio contends in a letter to U.S. Treasury Secretary Steven Mnuchin.

Rubio also wants the panel to determine the degree to which ByteDance is censoring politically sensitive content, which he contends could pose a national security risk.

“The Chinese-owned apps are increasingly being used to censor content and silence open discussion on topics deemed sensitive by the Chinese Government and Communist Party,” he said.

As of Wednesday, Rubio said he had already asked the Trump administration to enforce existing anti-boycott laws, which prohibit any U.S. “person” -- including U.S. subsidiaries of Chinese companies -- from complying with foreign boycotts seeking to coerce U.S. companies to conform with the views of the Chinese government.

“In TikTok’s early days, we took a blunt approach to minimizing conflict on the platform, and our moderation guidelines allowed penalties to be given for things like content that promoted conflict, such as between religious sects or ethnic groups, spanning a number of regions around the world,” the company stated.

Amid its growing popularity around the world, however, the company said it was now taking “the correct approach” to content moderation, “and began working to empower local teams that have a nuanced understanding of each market.”

“We also understand the need to be more transparent in communicating the policies that we develop and enforce to maintain a safe and positive app environment,” the company admitted.