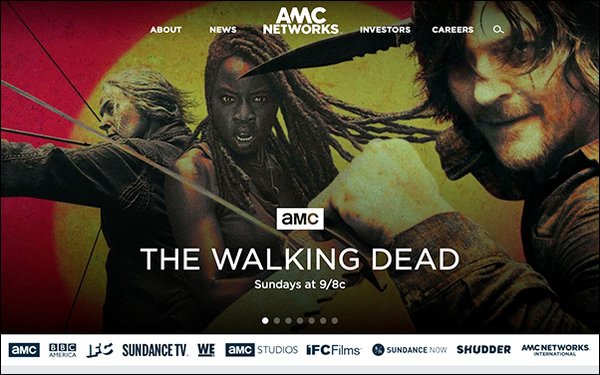 AMC Networks could see another drop in advertising revenues for the third quarter as a result of more cord-cutting and rising streaming businesses, according to one analyst.

Overall, AMC’s ‘"distribution and other" revenues -- which include subscription fees and content licensing revenues -- posted a small 1.8% hike for the period.

Joyce has downgraded the company’s stock, with a price target to $50 from $60.

In the second quarter, AMC networks’ domestic ad revenue was down 11.1% to $219 million, following a 6% decline in the first quarter.

The company blamed the timing of its original programming, including the absence of “Walking Dead” episodes and fewer episodes from the “Fear of the Walking Dead.”

AMC Networks' total revenue for the period was up 1.4% to $772 million in the second quarter.

In August, Scott Collins, president of advertising sales at AMC Networks, resigned after completing AMC’s upfront ad-selling season. He was with the company since 2008.

Collins was replaced last month by Kim Kelleher, as president of advertising sales and partnerships. She had been Chief Brand Officer at Condé Nast.