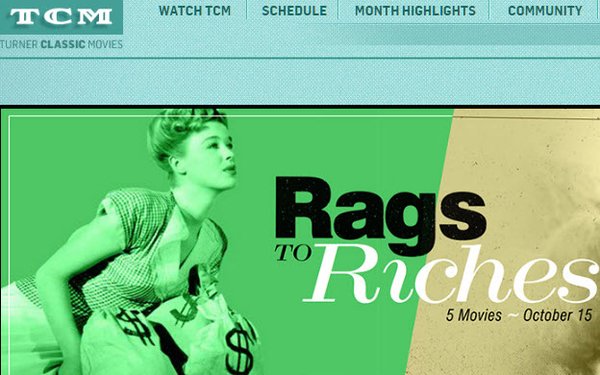 Comcast has angered classic movie lovers by shifting Turner Classic Movies from its base package to its Sports Entertainment add-on package.

Comcast said the decision was based on one of its standard programming reviews.

“We regularly review our programming and sometimes make changes to ensure we're offering a wide variety of programming at the best value,” Comcast explained on its site.

"We look at a variety of factors, including customer viewership and programming costs… Viewership of TCM is low, as over 90% of our customers watch less [sic] than two movies per month. Given this and contractual limitations on offering TCM a la carte, we decided to move TCM to the Sports Entertainment Package, which will help us manage programming costs that are passed on to our customers while continuing to make the channel available to those who want to watch it.”

Comcast justified not reducing the cost of Xfinity TV packages, despite removing TCM, by saying it will “help reduce the speed” with which the packages’ prices go up.

“The cost of programming generally continues to rise — in fact, our programming costs have more than doubled since 2006 —which can affect your bill,” the company continued. “We absorb a large portion of these cost increases and are doing our best to manage them while still giving you the best value we can.”

According to the Atlanta Constitution Journal site (AJC.com), “For anyone who is on a 140+ channel tier, Comcast will add the Sports Entertainment Package for $9.99 more a month. Those on the basic cable and economy packages do not qualify. You’d have to jump at least to the ‘starter’ package to even qualify to get TCM at that extra price. (The rates vary depending on where you live and what deals Comcast is offering in a particular area at a particular time.)”

These include having to upgrade/pay extra to keep TCM; not being notified in advance of losing access to the channel (Comcast’s site states that notifications are being made in monthly bills); losing TCM while having to pay for many channels they never watch (including home shopping channels); having lost other favorite channels through similar Comcast shifts in the past; and other general complaints about Comcast’s service, including technical problems.

Some excerpts from posts: “TCM is one of the few channels that I love. All that sport mess, I have no use for”… “It was Weatherscan, then Spike (and probably a few others). Now, it's TCM”… "Once again Comcast making the stockholders happy at the expense of customers”… “You can watch TCM live without cable with one of these streaming services: fuboTV, Hulu With Live TV, Sling TV, AT&T TV Now, Playstation Vue, YouTube TV or AT&T Watch TV”… “I never heard of the change until I woke up this morning and TCM is gone. I called up and canceled my service immediately. I watch TCM constantly and I can get it elsewhere. My bill went from 179 to 59 for the same internet package. I guess I was paying Comcast 120 a month to watch TCM. So glad to cancel”… “We're protesting by not getting Comcast phone service, mobile service, or home security service. Ever”… “Good-bye Comcast. I have been stupid and lazy for being a customer for too many years”…

One irate (now ex) customer emailed an AJC blogger to say the TCM change had caused her to “cut the cable,” adding: “This morning when I went to Comcast's Community Forum to add a similar statement, I found the TCM thread was locked. Comcast not only closes its ears, but eyes as well. I predict they will eventually go down the drain.”

TCM has posted a list of other providers that provide access to its network at lower cost, which includes DirecTV, Dish, as well as the options mentioned in the comments above.

Comcast’s other recent changes have included dropping Cinemax in favor of its own movie channel, Hitz. The company is also rumored to be considering cutting Starz and Starz Encore from its primary video service bundle as of next year, according to Fierce Video.

While saying they still see video as having value as part of bundled services offerings, Comcast and other big providers have made no secret about their strategic decision to stop trying to keep “low-margin” cable subscribers, in favor of focusing on the more lucrative businesses of broadband (especially standalone) and wireless services.

In the quarter ended in June, Comcast lost 224,000 video subscribers but added 209,000 broadband subscribers and 181,000 wireless subscribers, for a total of 1.59 million mobile customers.