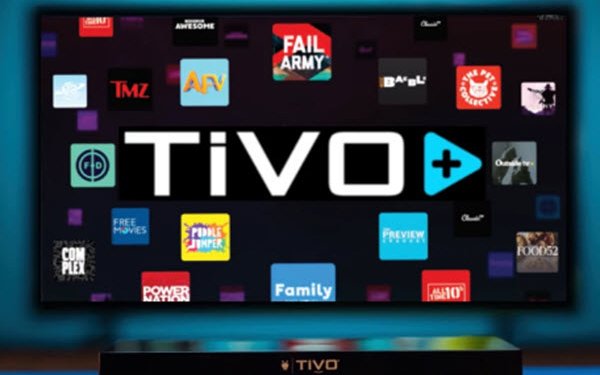 TiVo is positioning the AVOD as a simple solution for viewers overwhelmed by multiple streaming services and all of their content.

It will roll out to TiVo customers with Series 6/Experience 4 devices in the coming weeks, and become available on the home screen when it goes live.

TiVo had announced the coming service — enabled by a partnership with Xumo, Jukin Media and other publishers — in early October, when it introduced two new models of its TiVo Edge DVR.

Other AVOD platforms, including The Roku Channel, Tubi, and Vudu’s Movies on Us, are not platform-specific.

TiVo+’s content portfolio will span thousands of TV shows and movies, according to the company.

TiVo has said that ads are strictly limited, so that viewers generally see fewer than half the number on broadcast TV.

The AVOD launch and the addition of skippable pre-roll ads on DVR recordings are one of TiVo’s responses to a declining customer base in recent years, notes TechCrunch.

Between 2017 and 2018, TiVo lost about 5% of its cable-DVR subscriber base, roughly the same as the overall decline in cable TV subscriptions during the period. However, its over-the-air DVR subscriber base has increased 10%, boosted by products that can record broadcast channels from an antenna.